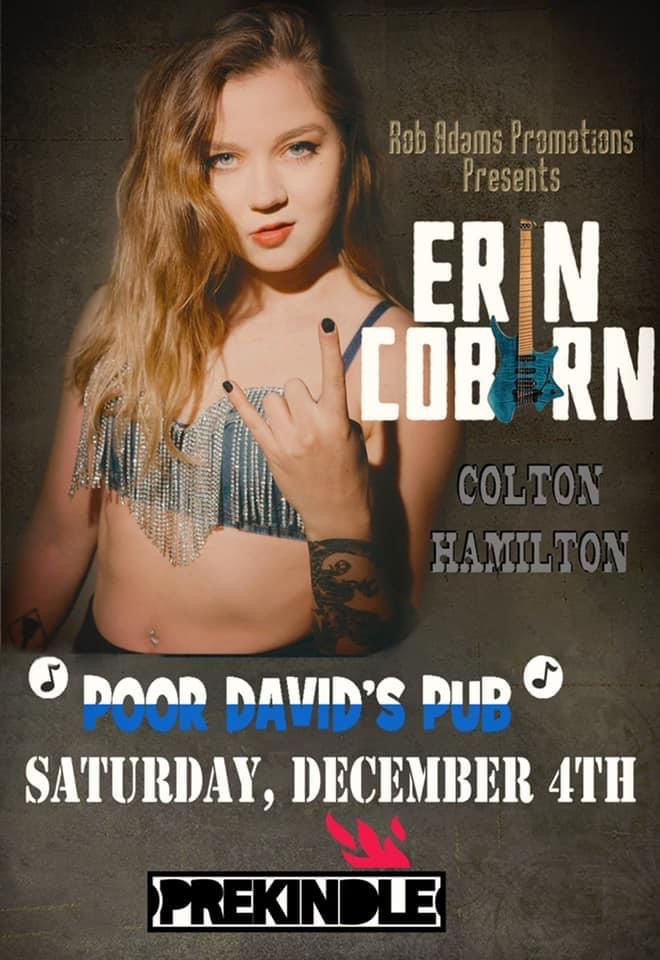 Erin Coburn nominee for 2018 Josie Awards for "Young Adult Artist of the Year" for independent artists will be performing live at Poor David’s Pub with Colton Hamilton.

Erin has performed with Grammy award winning artists in Nashville and has played several shows and festivals, including Summerfest in Milwaukee, BlissFest in Michigan, and the main stage at the King Biscuit Blues Festival in Arkansas.