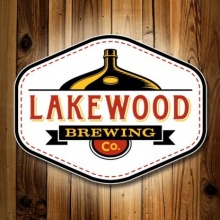 Lakewood Brewing, maker of Temptress, the number one craft stout in Texas, will mark International Stout Day this week by pouring some of its most popular and requested Imperial Stouts both Thursday and Friday. Craft beer aficionados and adventurers can venture to the Lakewood Brewing taproom to indulge in delectable stouts like Double Bourbon Barrel Temptress, Rum Cha Cha Imperial Russian Stout, Peanut Butter Banana Stout, Salted Caramel Temptress, and Double Chocolate Temptress. Medellin Tacos will be offering savory bites while the gals from Texas Hand Pie Company will be selling their sweet and special chocolate pies.
This will be the 10th year that International Stout Day has been annually marked on the first Thursday of November to celebrate the stout beer. Typically strong and robust, stouts are perfect for sipping and savoring, and come in many varieties, including “milk”, “oatmeal”, and even “chocolate.” Lakewood’s Temptress is a milk stout, and has been used as the basis for the brewery’s wildly popular Seduction series, including its recently introduced Seduction Six-packs featuring Double Stuffed, French Quarter, and Sin Mint.