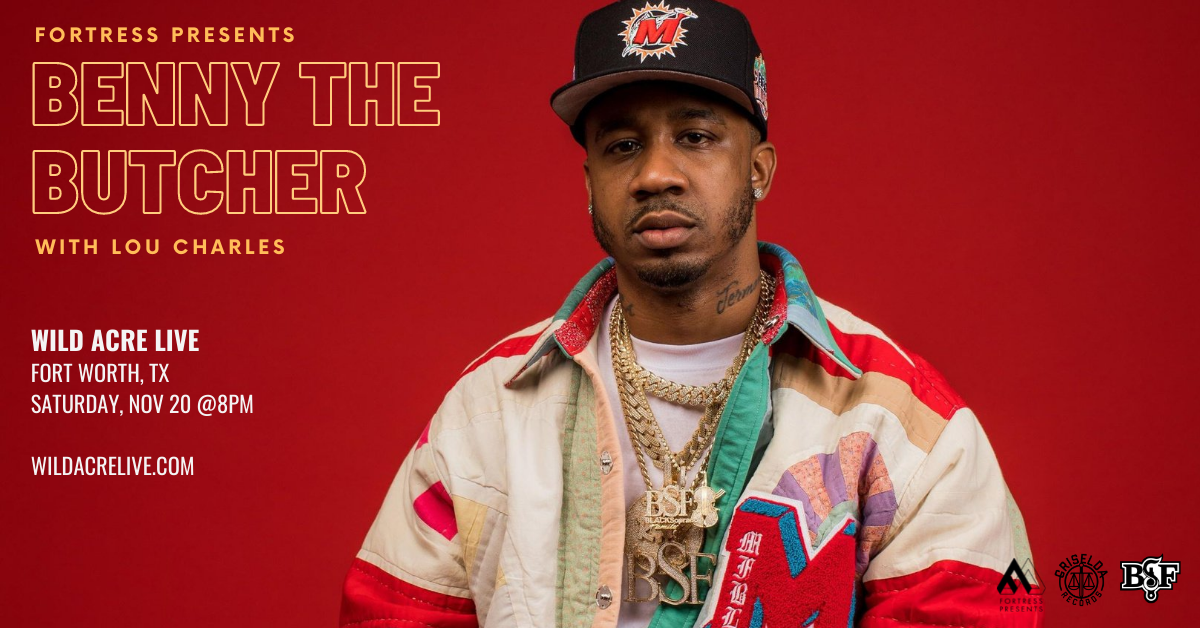 Benny the Butcher
Benny the Butcher carved out a lane for himself as one-third of Buffalo's Griselda crew and part of collective Black Soprano Family, the two primary outlets for his tense narratives about street life. Like frequent collaborators Westside Gunn and Conway he's inspired most by hardcore mid-'90s hip-hop from his home state, including Wu-Tang Clan and Mobb Deep, earning him the nickname "your favorite rapper's favorite rapper."

His newest album and second project of 2021, Pyrex Picasso, was released in August with 7 tracks.
Lou CharLe$

Fort Worth hip-hop artist Lou CharLe$ delivers lyric-driven realistic hip hop with quality production and hard-hitting beats. Along with having gigged at MASS on the Near Southside, Charle$ has played everywhere from Virginia to Portland and has shared stages with Chamillionaire, Joyner Lucas, Joe Budden, G-Eazy, and more.
Melvin Gully

Euless, Texas native Melvin Gully has played everywhere from New York to LA to Thailand and in iconic venues such as LA’s Viper Room, House of Blues, and The Troubadour. Gully has rocked alongside legendary artists like Royce the 5’9”, KRS-1, Bone Thugs and Harmony, Chino XL, Immortal Technique, Paul Wall, and more. His current projects include Paul Wall and Crooked I.