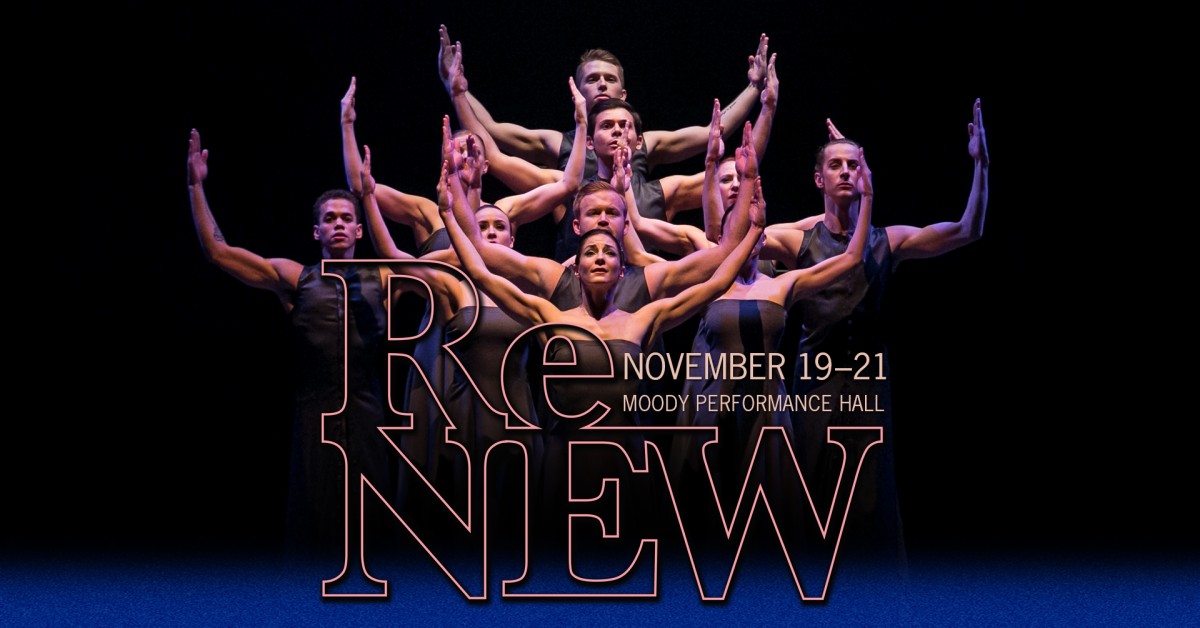 ** Masks are required to be worn throughout the show, including while seated. **

Headlining ReNEW is the Dallas premiere of 'Elemental Brubeck' by world–renowned 20th century choreographer Lar Lubovitch. Set to the popular jazz music of Dave Brubeck, The New Yorker has described 'Elemental Brubeck' as “a thrilling sight . . . ravishing the eye . . . telling stories both complicated and mysterious.”

Originally created for San Francisco Ballet, 'Elemental Brubeck' had its world premiere in Paris, France in July 2005. The Lar Lubovitch Dance Company staged the U.S. premiere in New York City in November 2005. Dance Magazine wrote, “It is probably the best new dance in a popular idiom since Paul Taylor’s Company B.”
Bruce Wood was a principal performer with the Lar Lubovitch Dance Company which would later have a profound impact on his choreography.

Returning to the stage at Moody Performance Hall is 'begin again' by New York City choreographer Yin Yue. Originally commissioned by Bruce Wood Dance in 2017, 'begin again' was hailed as “stunning” by Arts+Culture Texas. Utilizing a dynamic fusion of Chinese folk dance, martial arts, and contemporary dance, The Dallas Morning News said it “highlights the strengths of the company while revealing its dancers in new ways.”

Rounding out the program is Bruce Wood’s riveting classic, 'Liturgy'. Universally hailed as one of Wood’s masterworks, 'Liturgy' is set to five sections of J.S. Bach’s 'Mass in B Minor for Chorus and Orchestra'. Leonard Eureka of the Fort Worth Weekly declared it “his finest work to date,” and Wayne Lee Gay of the Fort Worth Star–Telegram declared it “one of the most significant works of dance created in America.”