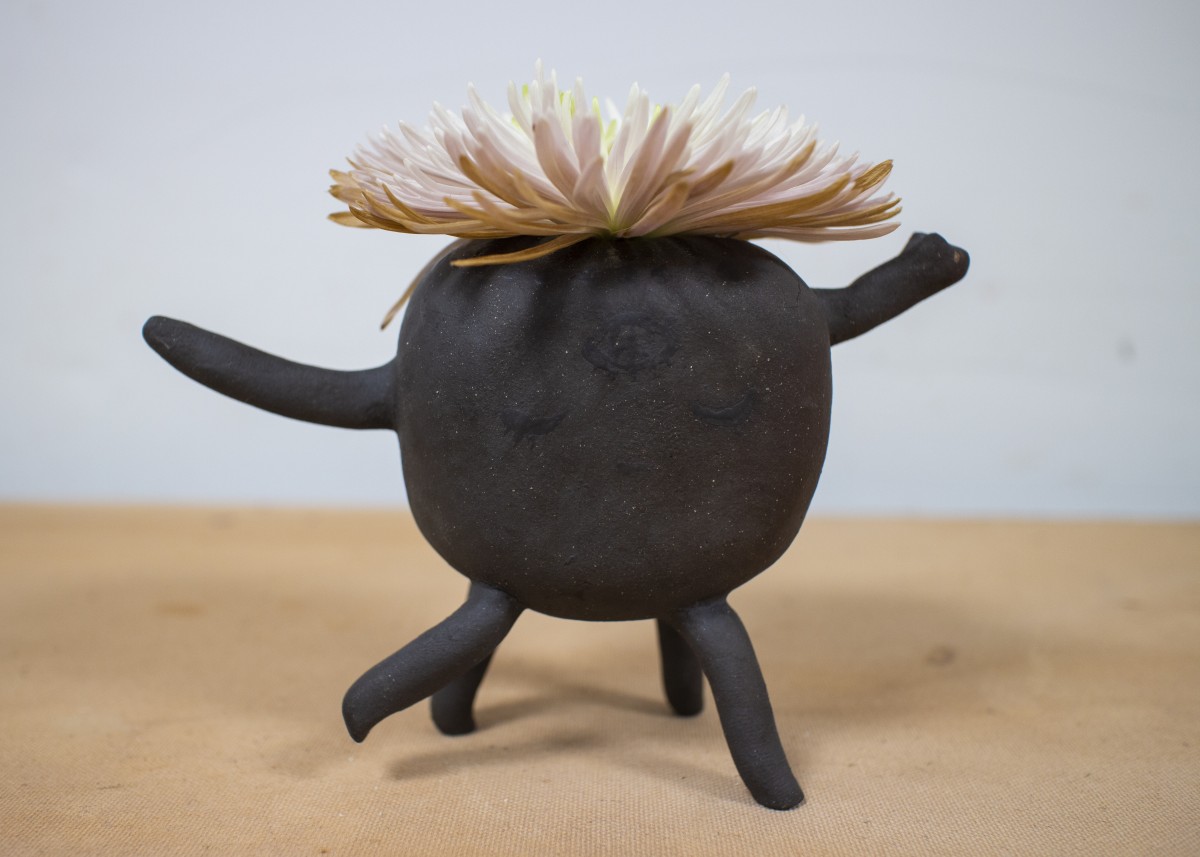 From October 2 thru November 15, 2021, Terrain Dallas will host Nahualito, a mixed-media installation depicting a ceramic procession of Nahuales created by artist Mylan Nguyen.

Mylan Nguyen is a multidisciplinary artist working in several mediums including ceramics, illustration, printmaking, and installation. Enjoying the alchemy of these process based mediums, she creates cute and playful characters and narratives in her works through which she explores themes of magic, healing, and interconnectedness. Nahualito continues her exploration of these themes and draws on her multicultural heritage to revisit and reclaim the history of the Nahual.

Inspired by an interest in the Mexican folklore of the shapeshifting Nahual, Mylan will incorporate stories she has gathered of Nahuales as she creates the individual characters that form the installation. Nahuales are described often as evil mischievous brujx (witches) but also as wise healers and protectors. The duality of this narrative resonates with Mylan’s multicultural upbringing and parallels her feelings of being between two identities.

Mylan’s knowledge of Nahuales began as a child through stories told by her maternal grandmother and aunts. Utilizing the Museum of Natural Anthropology,  documentaries, the writings of Carlos Castaneda, and the work of other Nahuales researchers,  Mylan has discovered varying interpretations of the Nahuales. Manipulating clay and paper mache into various forms, Mylan created her vision of the Nahuales folklore. Her research for this project calls to question how perspective, power structures, and colonialism affect narratives of history and folklore.

The ambiguity of the Nahuales in form and identity is captured in Mylan’s installation. Placed throughout the Terrain site, each Nahual is meant to emulate cuteness and draw the viewer in to further explore what she understands as their true nature. Each Nahual sculpture ranging in many sizes is considered by the artist to be an amulet, talisman, or altar incorporating stories and symbols meant to provide healing, transformation, and laughter.

Mylan received her BFA in Illustration from Otis College of Art and Design in Los Angeles. She went on to study ceramics in Japan at Jic Ceramic Studio in Shibuya and Furuki in Mashiko, Japan. Recent exhibitions include her solo exhibition Law of Attraction at Neighborhood in Dallas, TX. She is a co-founder of artist collective Brujita Workshop in Oak Cliff - Dallas, TX and a Master of Fine Arts candidate at Southern Methodist University in Dallas, TX.

Founded by local artist and curator Iris Bechtol, Terrain Dallas is a public exhibition space located in Elmwood, a historic neighborhood in Oak Cliff - Dallas, TX. Terrain Dallas focuses on exhibiting site-specific, temporary interventions by emerging artists in and around the landscape of a suburban dwelling. Offering artists a place to experiment within an alternative setting, Terrain Dallas functions as a site of connection, exposing the community to new ideas and experiences through challenging works of contemporary art.