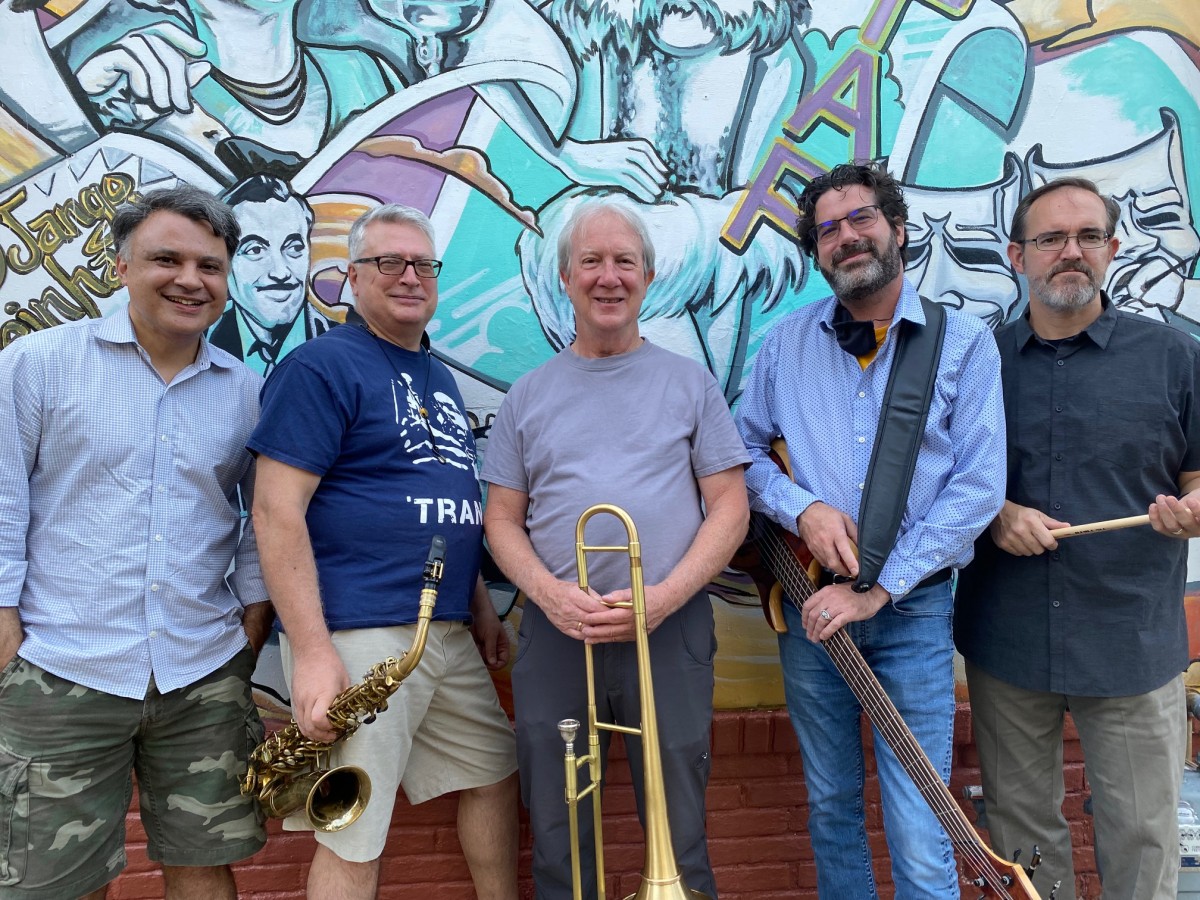 The world was a different place: twenty days ago, twenty weeks ago, and certainly twenty years ago when the tragic events of 9/11 altered our collective consciousness forever. However, the events of that day did not deter Founder and Artistic Director Gracey Tune from opening the doors to the newly established neighborhood arts center, Arts Fifth Avenue (A5A), as planned on September 11, 2001. From the beginning, A5A has been a safe haven where all who come to it can feel supported and encouraged, whether they are an artist or audience member, of any age or artistic ability.

The response over the 20 years since has been consistently individually engaging. A5A has hosted thousands of locals who’ve attended innumerable concerts, plays, and classes – including its signature offering: tap dance classes – all without missing a beat no matter what the world threw in its way.

Board president Paula Fultz, who was part of the organization in its early days as well, shares this, “As we look ahead to our 20th anniversary this weekend, we are grateful to our community and our country for the support and freedom we have had to share such a variety of creative expressions over the past two decades and to enjoy it all with our neighbors. It’s been a gift, and it’s something we want to celebrate!”

Being mindful that not all will be in a celebratory frame of mind so close to the 20th anniversary of 9/11 however, the Board and staff have deferred any observance of A5A’s official and hopefully exuberant “birthday party” from the 12th until the following weekend (9/19/2021).

All members of the community are invited to put on a birthday hat if you’ve got one and enjoy the new music that the talented musicians of the Pat Brown Quintet will premiere on its stage Sunday, September 19th at 8:00 pm. Band leader, trombonist, and composer Pat Brown is also a visual artist and will be exhibiting several of his works at the venue; the art will be for sale and a portion of the proceeds will benefit Arts Fifth Avenue.

Alongside the community, A5A hopes to usher in another 20 years of bringing the arts alive from their unique corner in the neighborhood – through individual discovery, experience, and expression; all are welcome!

When:  Sunday, September 19, 2021
Doors open at 7pm (Masks or proof of vaccination will be requested)

How Much: $20 ticket online

All proceeds from ticket sales will be donated to A5A as a fundraiser.
Additionally, 20% of any visual art sales will also benefit Arts Fifth Avenue

Trombonist PAT BROWN is a native son of Fort Worth and has been writing, arranging and performing music in the Metroplex for almost 50 years now. The Buffington Brown Band (so called for his namesakes, brothers Patrick and Edward Buffington), is a group he brought together to perform original works, most of which have not been heard by the public. Pat lives in Arlington with his wife, Peggy. He is an avid motorcyclist and prefers riding, doing visual art, playing TROMBONE, and COMPOSING MUSIC as compared to, say, mowing and yard work.

Drummer JOSEPH CARPENTER has been a freelance musician in DFW since the late 90's. He has a Master's degree from UTA where he studied with Mike Drake. He teaches DRUM set at several local colleges and does jazz and percussion workshops, camps, and clinics nationally. He is well versed in a wide variety of musical styles including rock, country, top 40, heavy metal, jazz, and big band jazz.

SAXOPHONIST JEFFREY TODD grew up in Indiana, began playing the clarinet in 6th grade, and learned about jazz by listening to his uncle's record collection along with the radio selections of legendary jazz DJ, Ralph Adams in Indianapolis. He soon took up the alto saxophone, then the tenor. His ambition initially was to study saxophone and jazz at Indiana Univ. His studies in college and graduate schools, however, took him in another direction professionally and he is now a professor of German and French Studies at TCU.

After a 17-year layoff from playing, he began again in 2005, after a conversation with a friend inspired him to take up the horn once more. He resumed playing with a vengeance at that time and has been actively playing jazz tenor and lead alto sax with various jazz ensembles in the Metroplex now since 2007.

Our severely modest BASSIST, JEREMY HULL, has been part of the DFW music scene for over twenty years. He has performed with dozens of groups and played on nearly fifty albums representing a multitude of styles including jazz, rock, country, big band, and pop. He once played a groove so funky that the bridge of his upright bass snapped in half onstage in the middle of a performance.

NOTE: To respect and protect each other: all ticketholders, students, and A5A volunteers and staff will be asked to wear a mask or provide proof of vaccination before entering the building.

I am a musician with a passion for all things visual. Music and improvisation coincide and inform my painting process.

I strive for artistic, intelligent codification of the subliminal.

I am a colorist that sometimes works in black and white.

My work is not ultimately self-referential.  It is relational, based on looking, listening, dreaming, observing and practice.  One looks, listens and then works (or plays). Ultimately, this is process oriented stuff.

I am currently interested in the delineation of order and chaos as well as the juxtaposition of technology and Nature as viewed through the literal lens of science and my imagination.

ARTS FIFTH AVENUE is a 501c3 nonprofit corporation. All donations are fully tax-deductible as allowed by law. Partial funding provided by the Arts Council of Fort Worth, The City of Fort Worth, Texas Commission on the Arts,  National Endowment for the Arts,  and the North Texas  Giving Day Fund of Communities Foundation of Texas.