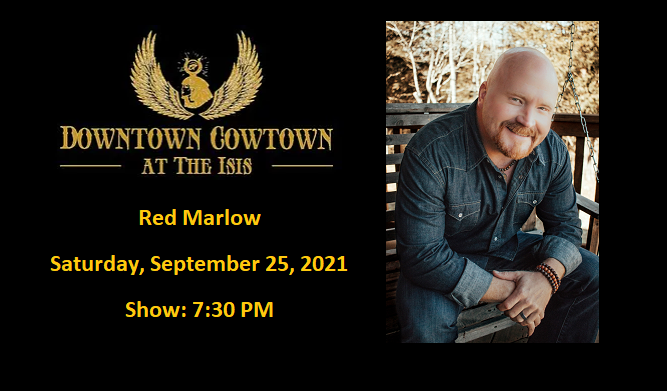 “I’m as country as cornbread,” states Red Marlow with a vocal inflection that can leave no doubt. With a love of skeet shooting, fishing, and hunting, Red is as country as they come. A native of Northern Alabama, this preacher’s son has been singing and playing music regularly since he was 9 years old. Best known for his Top 4 finish on NBC’s The Voice, Marlow has made his mark by staying true to his roots and performing traditional country music.

“Red has a thing about his voice that’s real and it’s coming from his roots and his heart.”

“Red is my type of guy, all day long. When we think of country music we think of an artist like Red.”

Seen weekly by over 10 million viewers on NBC’s The Voice; highest charting / highest selling country contestant on Season 13 of The Voice. Red has held peek positions on multiple Billboard charts:

He has also had Four consecutive #1 iTunes country singles for his performances on The Voice; his original song “I Pray” topped both the iTunes Country and All Music charts (12/19/17)