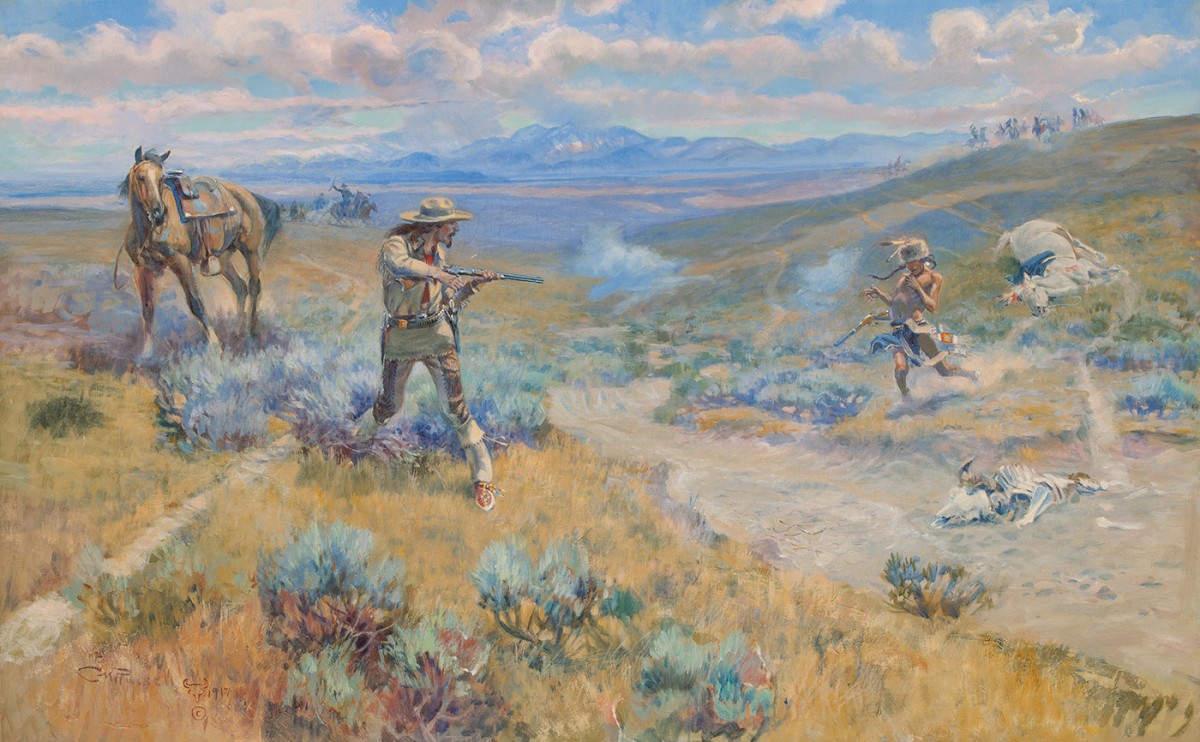 This thematic installation is an invitation for you, the viewer, to consider featured works of art from the Sid Richardson Museum collection in relation to each other based on subject and setting. The new exhibit allows visitors to experience new contexts and perspectives on Western American Art. While the museum holds a comprehensive group of works by Frederic Remington and Charles Russell, who therefore dominate this exhibit, the core collection is complemented by a significant group of paintings by other western artists from the late nineteenth to the early twentieth centuries. An additional selection of bronzes by both Remington and Russell are also part of the exhibit on loan from a private collection.

The works are grouped around four themes:

The Bison and Plains Indian Culture – Central to the lives of the Plains Indian peoples was the bison hunt. In this section of the exhibit, most of the works are made by Charles Russell who specialized in painting and sculpting the drama and energy of the hunt alongside one of Frederic Remington’s late masterworks capturing dynamic movement, Buffalo Runners—Big Horn Basin, 1909. This grouping also examines four paintings by Russell that show his treatment of the role of Plains Indian women in relation to the hunt painted over a twenty-year period.

Western Archetypes – Centered around an image of Buffalo Bill Cody, the characters in this section of the exhibition carved out the trails west from the expedition of Lewis and Clark to those who set out in search of fortune, and sped up communication across the continent.  Buffalo Bill is the west personified, and through his Wild West Show that began in the early 1880s he and his cast created the drama and excitement of the west that passed into the twentieth century through the artists displayed here and through film and later television. In his own lifetime, Cody became a legend that young boys like Russell read about and idealized.

Cowboys and Native Americans – The conflicts between “cowboys and Indians” are more myth than reality developed out of the imagination of dime store novel authors and the popular “Westerns” of film and television. Most of the images in this section reflect a time before, while two of the works capture life on reservations made shortly after the end of the open plains when the time of the bison was no more.

Twilight into Night – Sunset, twilight, and night have long been used metaphorically in works of art. These settings were often employed by western artists to communicate their nostalgia for the passing of the Old West. The passage of sunset into night can be seen in this grouping as the golden glare at the end of day gives way to lavender shadows and descends into cool blues, inky blacks, and lurid greens.