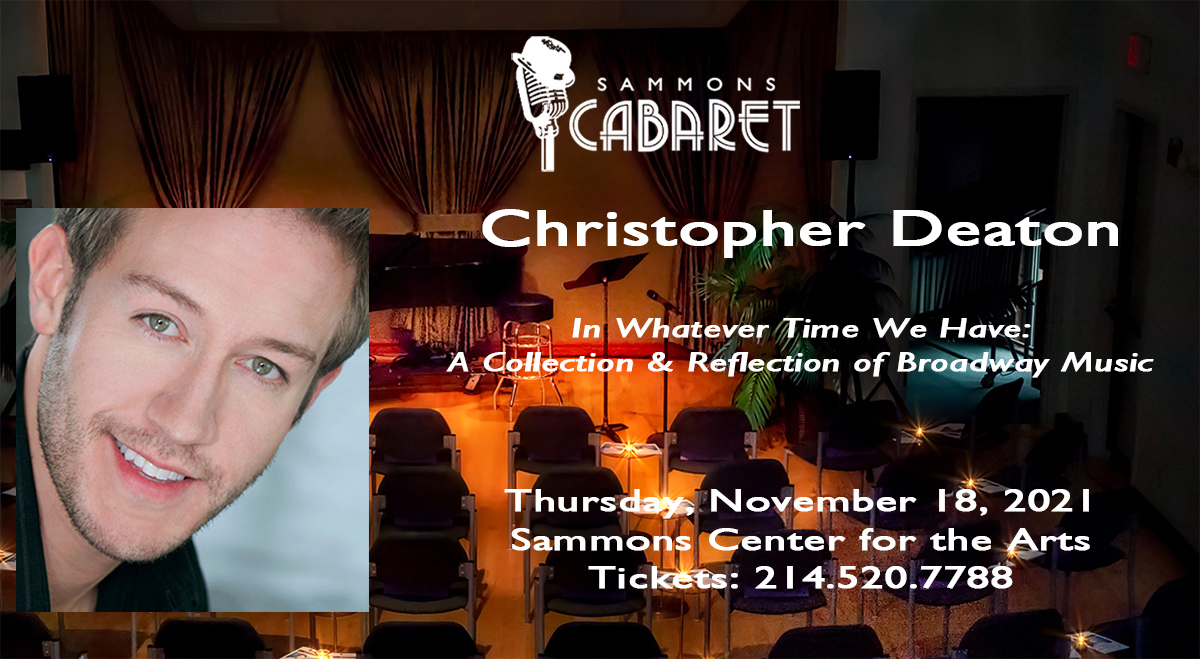 Actor/singer Christopher Deaton has earned enthusiastic applause for his stage work across the country, with major roles in plays ranging from Annie to Sweeney Todd. Currently the general manager of the acclaimed Lyric Stage, Deaton's Sammons Cabaret show, "In Whatever Time We Have: A Collection & Reflection of Broadway Music," features music from the shows that shaped him, roles he regrets missing the opportunity to play, and music that he doesn't want to be missed by those nearest and dearest to him. He is joined by Bruce Greer on piano, Aaron Sutton on guitar, Jacob Cortez on violin, and singer Claire Greenberg in duets.

Admission includes valet parking and light refreshments. The pre-concert reception is 7 p.m. to 8 p.m.; the concert begins at 8 p.m. Safety protocol, including distance seating, will be followed.