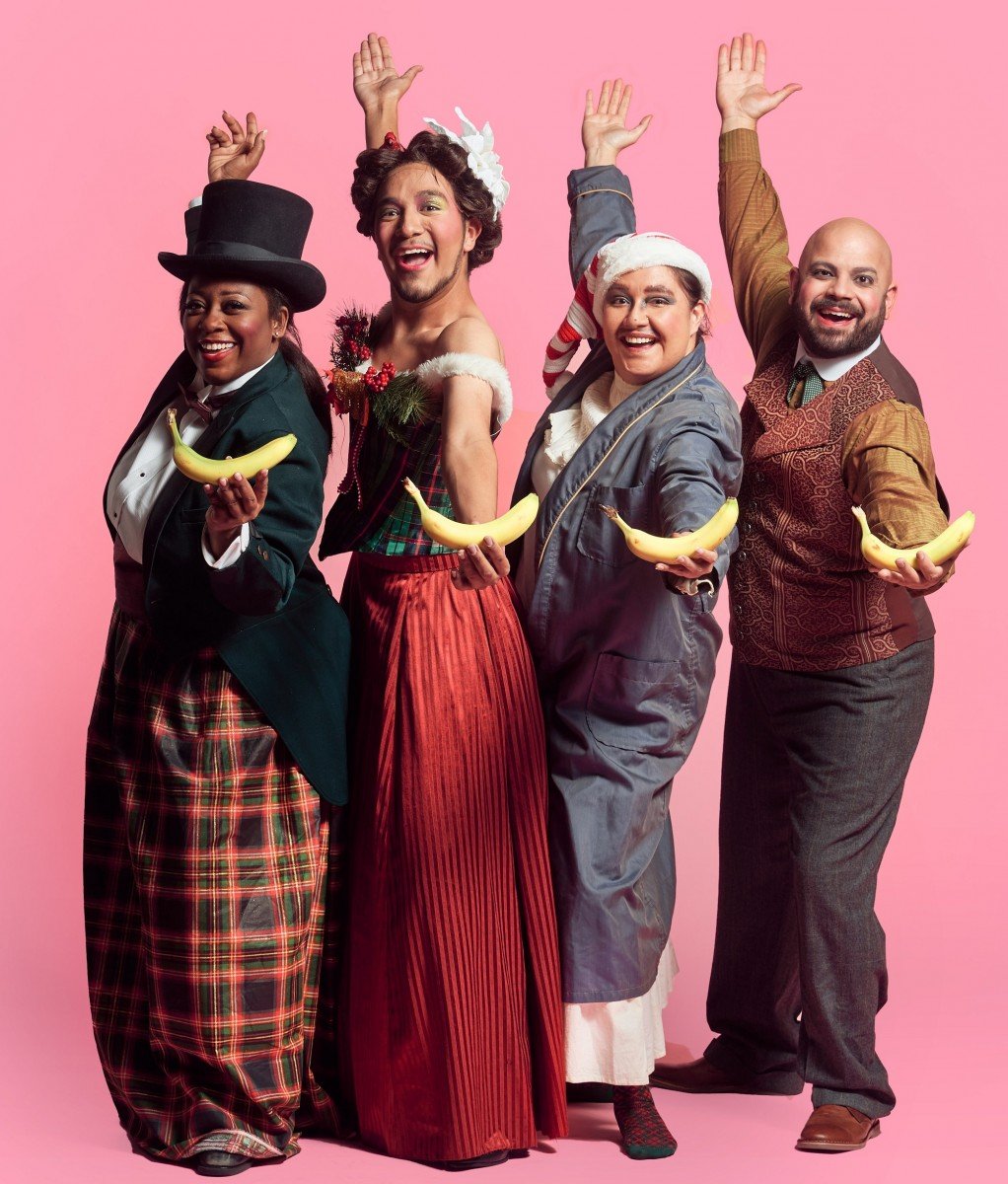 The Royal Music Hall Variety Players' production of A Christmas Carol is in a pickle after twenty members of the company suddenly fall ill. This leaves the three remaining members to plow on (so to speak) through a musical performance of the Dickens classic. Expect missed cues, unfamiliar characters, and costume mishaps aplenty. With cheeky puns and bawdy songs, this quick-change, cross-dressing version of the Christmas tale is a hilarious holiday treat!

“Merry mayhem, the height of hilarity, the silliest of spoofs” – GMToday

Interpreted for the hearing impaired on Thurs, Dec 16.