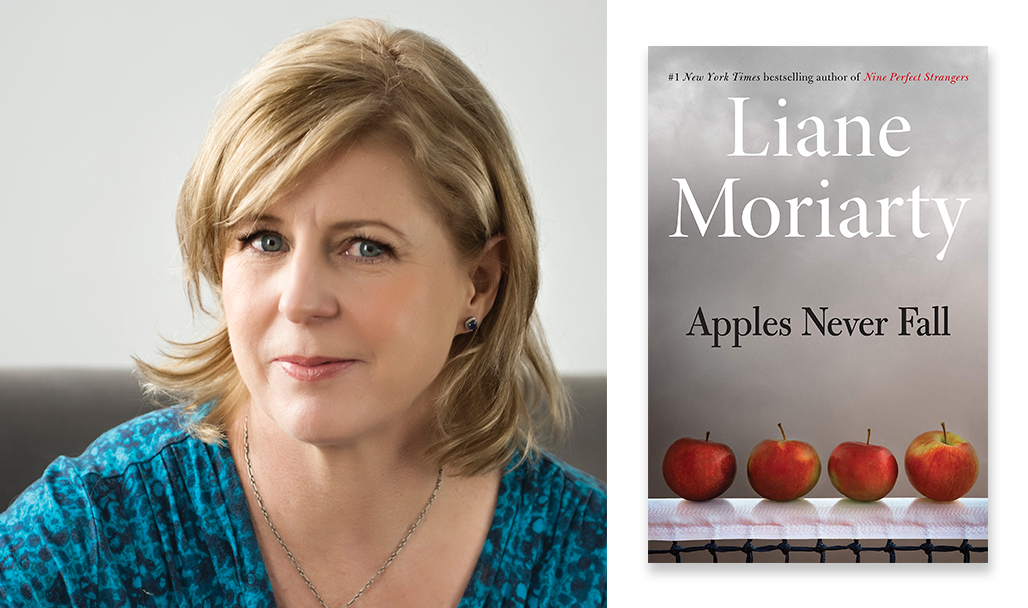 Liane Moriarty, the beloved bestselling author of Nine Perfect Strangers and Big Little Lies, returns with Apples Never Fall, a compelling mystery rife with humorous social commentary that weaves together thrilling suspense, the complexities of a long-term marriage, and the challenges of sibling rivalry.

From the outside, the Delaneys appear to be an enviably contented family. Former tennis coaches Joy and Stan are parents to four adult children; however, when Joy disappears, her children are forced to reexamine their parents’ marriage and their family history with fresh eyes. Liane Moriarty is the author of nine novels, which have sold more than 20 million copies worldwide and been translated into over 40 languages. Big Little Lies is now an Emmy- and Golden Globe-winning HBO series, produced by and starring Nicole Kidman and Reese Witherspoon. The television adaptation of Nine Perfect Strangers premieres on Hulu in mid-August, starring Nicole Kidman and Melissa McCarthy.