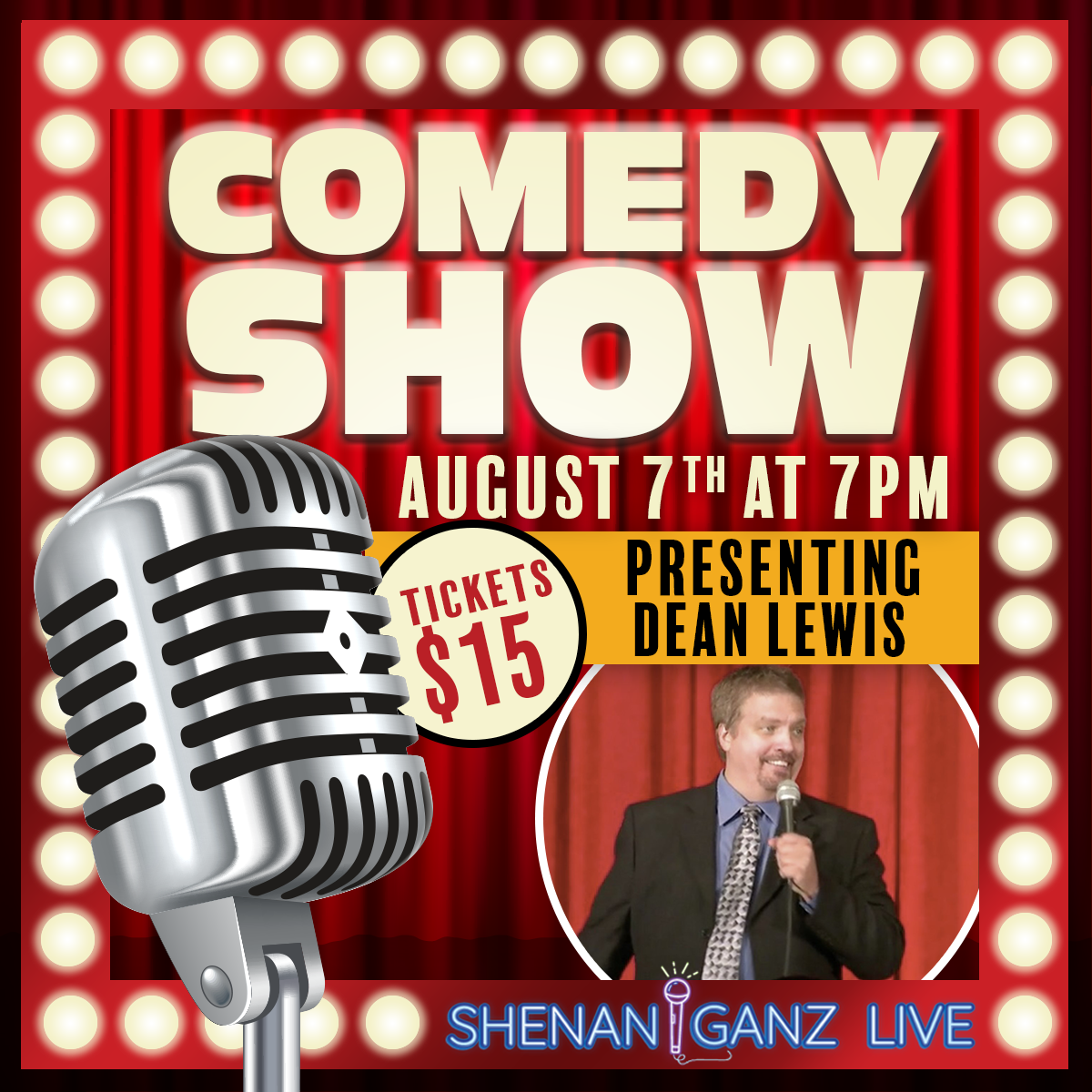 Join Shenaniganz LIVE on Saturday, 8/7/2021 as we welcome Dean Lewis to our stage!
Dean Lewis has appeared on Last Comic Standing and Ellen. He is the winner of the Wendy’s Clean Comedy Challenge, and in 2007 he won an Emmy for his writing. He wrote and starred in the award-winning independent movie Shtickmen, sold material to Jay Leno, and has performed with Willie Nelson, Julio Iglesias, The Doobie Brothers, and Joan Jett.
Opener: Megan King, Feature: Barry Whitewater, Headliner: Dean Lewis