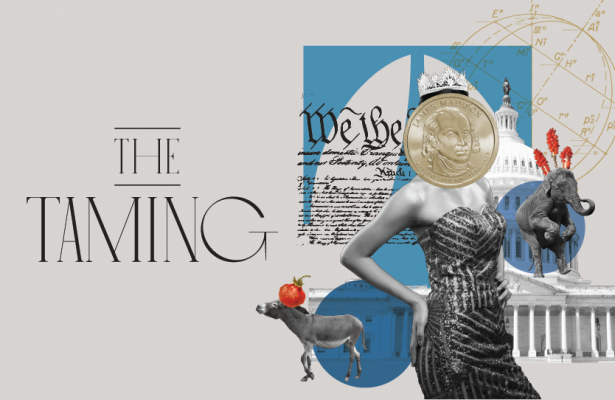 A patriotism obsessed Miss Georgia has kidnapped a Republican Senator’s campaign manager & a liberal activist who is fighting to save the endangered pandashrew, and is holding them hostage in her hotel room the night before the big Miss America Pageant. In this hilarious, raucous, all-female “power-play” inspired by Shakespeare’s Shrew, contestant Katherine has political aspirations to match her beauty pageant ambitions. All she needs to revolutionize the American government is the help of one ultra-conservative senator’s aide on the cusp of a career breakthrough, and one bleeding-heart liberal blogger who will do anything for her cause. Well, that and a semi-historically-accurate trip where they search for the secret to fix our broken democracy by becoming James Madison & George Washington. Here’s lookin’ at you, America.

*Contains adult language. Recommended for ages 12 and up.