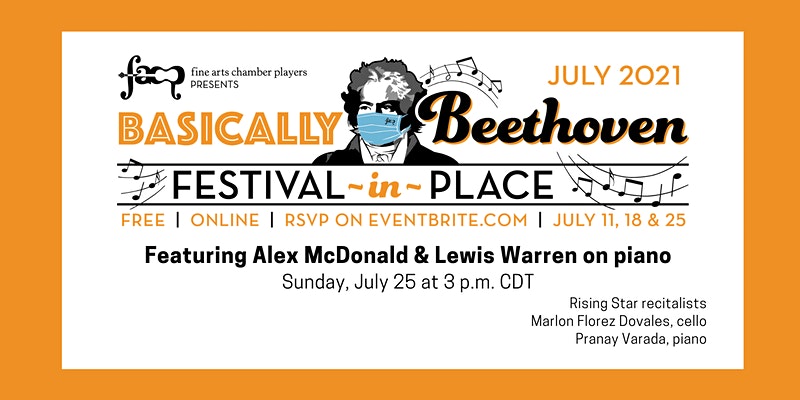 Due to public health concerns and limitations with group gatherings, the Basically Beethoven Festival has moved online again for 2021: we look forward to sharing the Basically Beethoven Festival-in-Place with you. Musicians will be recorded in a concert setting and the footage will premiere online at the scheduled concert times: July 11, July 18, and July 25 at 3 p.m.