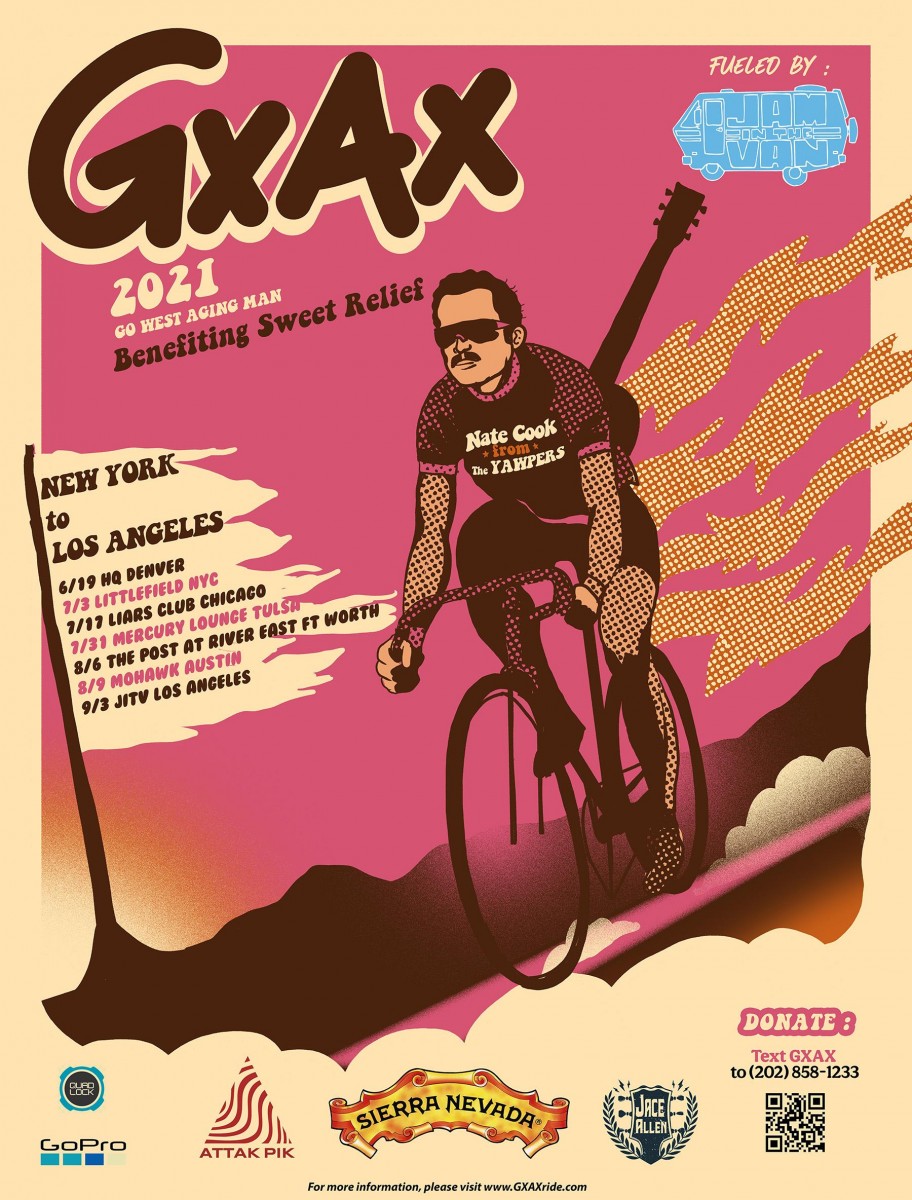 Nate’s coast to coast bicycle tour stops at The Post at River East!Horace Greeley, one of this nation’s spiritual fathers, once commanded, “Go west, young man, go west and grow up with the country.” He was speaking to a country just beginning to heal from a civil war. A country that was looking to move past its divisions, and towards a future of hope and optimism. His call to action came at a time much like our own, a time where people were looking to move out of darkness, and find themselves through adventure and movement. As these United States move on from the crisis of a generation, we do so with the hope that things can get better, and, god willing, with a belief that helping our fellow man is the only way forward.

In this spirit, “Go West, Aging Man” (GxAx) charity bike ride spanning the length of our sprawling land, is dedicated to helping the artistic Precariat. A hybrid cycling trip and solo musical tour, GxAx begins in Horace Greeley’s eponymous park in Manhattan, and finishes on the beaches of Los Angeles. With stops and performances in Chicago, Tulsa, Dallas, and Austin, the event will take place across 8 weeks, 12 states, and 3600 miles. Founded and executed by Yawpers’ front man Nate Cook, this event is designed to benefit musicians and musical staff affected by the coronavirus, and to help bring back the music we need now more than ever.

Last year’s ride from Denver to Tulsa, despite being only 10 days, managed to raise $17,000, going to directly to Sweet Relief Musicians Fund. In addition to broadening the scope and goals of last year’s event, this year GxAx is also partnering with Jam in the Van to raise visibility, and drive donations. Pop ups and solo performances (some with special guests) in select cities are designed to further bring attention to the importance of the artistic class, which has been all but decimated by more than a year of inactivity.
While Greeley’s call was to a young nation, of young people to a fraught vision of Manifest Destiny, GxAx is a ride for a nation aged, and a rider aging. But, its aim remains in kind, to unite a divided country in shared belief in something greater than ourselves, and the desire to help our fellow man.