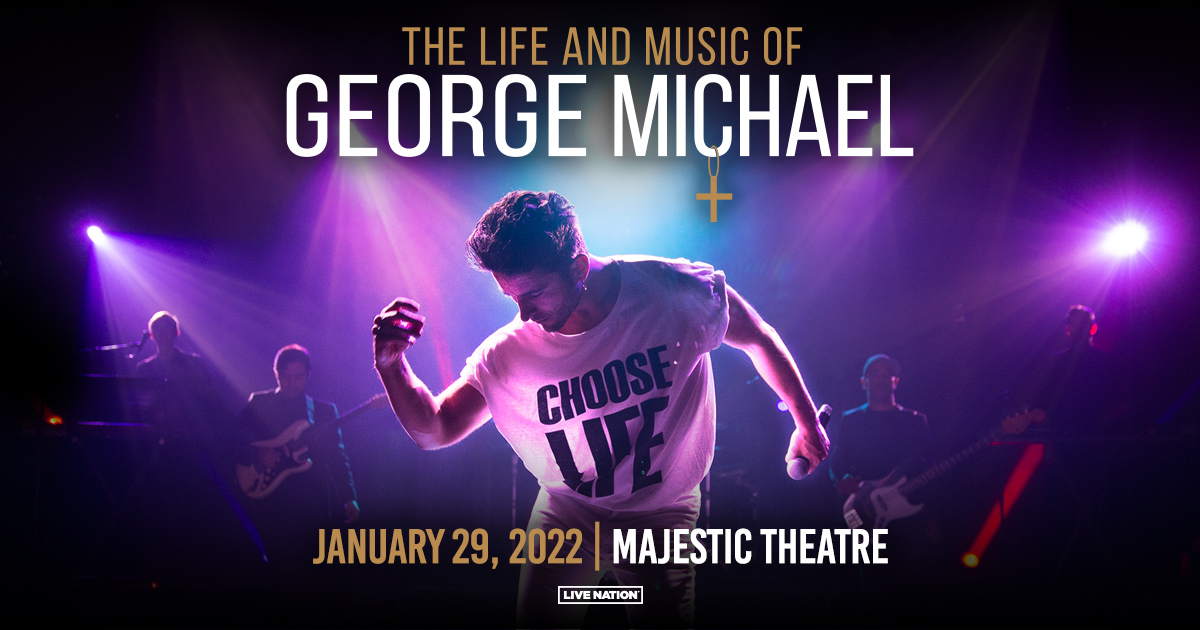 The Life and Music of George Michael

Join us for The Life and Music of George Michael

The Life and Music of George Michael  is a brand new immersive concert-style show that chronicles the amazing journey George Michael had with music and his fans. The show captures the performance and sound of George Michael with staging and lighting while telling his story through early music hits from Wham! and his illustrious solo career.  As one of the biggest international stars of our time, the show will have fans on their feet dancing and singing along to blockbuster hits including “Wake Me Up Before You Go Go,” “Freedom,” “Faith,” “Careless Whisper,” “Father Figure,” and many more. Spanning a four decade career with over 115 million albums sold, The Life and Music of George Michael shows his rise to fame as a member of Wham! in the 80’s. He went solo in 1987 with “Faith,” one of the biggest albums of all time which included multiple number one hits.    Throughout George’s career, he won two Grammy Awards, three Brit Awards, three American Music Awards and four MTV Video Music Awards.

An exhibit at the Dallas H.O.P.E. Health Center goes on display to raise awareness around HIV/AIDS