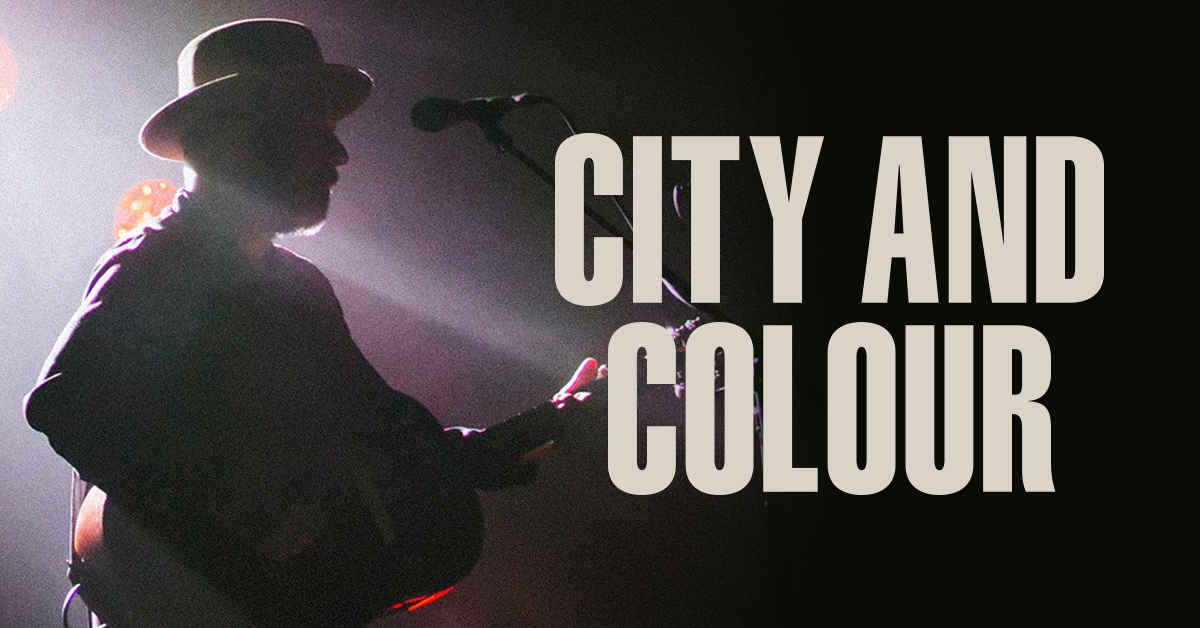 City and Colour heads to House of Blues in Dallas on Tuesday, September 7. Tickets on sale Friday, June 18, 2021 at 10am CT.  Doors open at 7pm, show starts at 8pm. This event is for all ages.

(Tuesday, June 15). City and Colour, acclaimed singer, songwriter and performer Dallas Green, has announced his return to the stage for the first time since February 2020, after an unprecedented year that profoundly affected people worldwide and brought live entertainment as we knew it to a halt. Green will be performing an intimate solo set across all dates, something fans have been requesting for years. The tour kicks off September 7 2021 and ends on October 26, 2021.

City and Colour has partnered with PLUS1 to collect $1 from every ticket sold, so that a portion of proceeds goes to supporting organizations bringing dignity, equality, and access to communities who need it.

The 25-city tour of North America will be making a stop in (City, State) on (Show Day, Date) at (Venue). Fan presales begin on Wednesday, June 16th at 10am (local). Remaining tickets will be released to the general public on Friday, June 18th at 10 am (local). For complete details and ticket availability, please visit  www.cityandcolour.com.

Over the course of six studio albums, Dallas Green has compiled a canon ripe with songs born of adoration and devotion amassing a legion of fans worldwide and garnering him 3 JUNOs, including two Songwriter of the Year awards, plus 1 Triple Platinum, 2 Double Platinum, 1 Platinum, and 1 Gold certification at home in Canada. Alongside these accomplishments, Green has been awarded Platinum-certification for all four of Alexisonfire’s full-length records.

City and Colour’s last studio album A Pill For Loneliness - released on Green’s Still Records, an imprint of Dine Alone Records - debuted at #1 on the Billboard Canadian Albums Chart, his 4th consecutive chart-topper in Canada. His previous #1 LP If I Should Go Before You made serious waves internationally debuting at #16 on the U.S. Billboard 200 Chart and #5 in Australia where Green’s LP Little Hell was certified GOLD. In 2014, Green collaborated with international superstar Alecia Moore (aka P!nk) on a new project titled You+Me. The duo’s acclaimed Platinum-certified first record, rose ave., debuted at #4 on the U.S. Top 200 Chart, #1 in Canada, #2 in Australia culminating in memorable performances on The Ellen Show and Jimmy Kimmel Live.