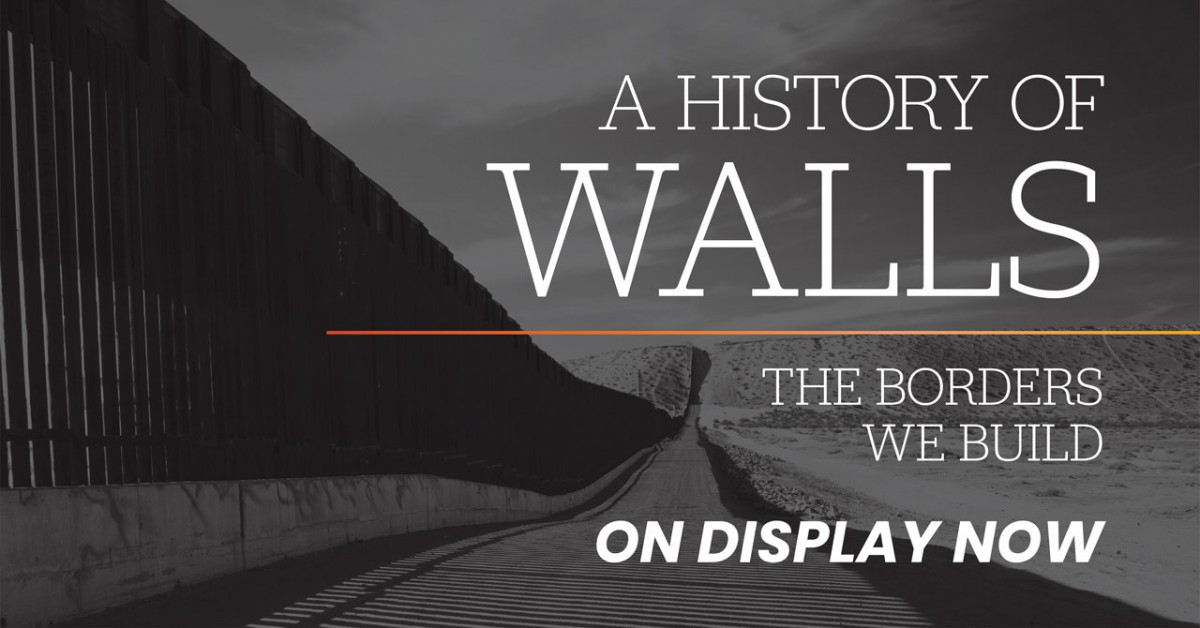 A History of Walls: The Borders We Build

For as long as there have been nations, those nations have built walls. Today, we’re asking why. “A History of Walls: The Borders We Build,” a traveling exhibition, explores the history and future of several of the world’s major geopolitical barriers. The exhibition will be on display at Irving Archives and Museum from June 12, 2021 to August 14, 2021. The exhibit will tour the United States through 2022. Visit overlandexhibits.com/walls for more details.

The exhibit is presented in English and Spanish.

“A History of Walls” features a closer look at four historically-significant walls: the Great Wall of China, the Berlin Wall, the Israel/West Bank Barrier, and the US/Mexico Border Wall. Each wall is examined as a historical, political, and cultural phenomenon. The exhibit puts a special focus on the lives of people affected by these imposing and oftentimes dangerous structures. Visitors will find themselves challenged to consider the role of walls in their lives, whether those walls are far away or right next door.
“A History of Walls” includes a striking artistic interpretation of a typical section of the US/Mexico wall, featuring the silhouette of the bollard-style construction favored by US Customs and Border Protection. Coming face-to-face with the wall gives a sense of just how imposing these structures can be, and how many resources and how much effort it takes to build a wall.

Driven in part by a renewed focus on wall-building and the rise of nationalism in the United States and abroad, “A History of Walls” features overviews of these imposing infrastructural elements, exploring each wall through words, images, video, and written interactives, as well as the central US/Mexico border wall recreation.
“A History of Walls” was developed, designed, built, and toured by Overland Traveling Exhibits. Founding institutions include the Chandler Museum in Chandler, Arizona and the Coronado Quivira Museum in Lyons, Kansas.