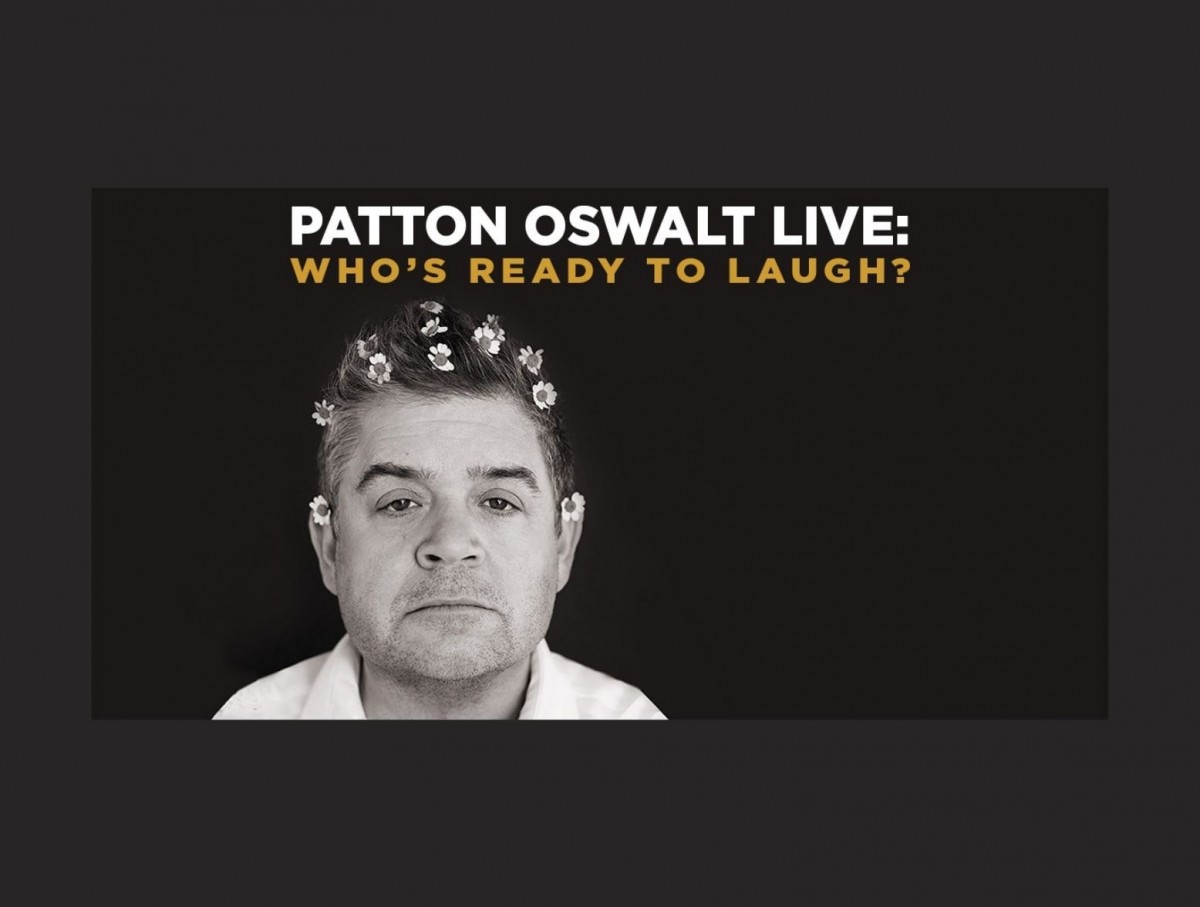 The Majestic is excited for the return on Patton Oswalt Live: Who's Ready to Laugh tour

Please check the artist’s website for any attendance protocol.

Bio: A comedian, actor, and writer, Patton Oswalt continues to find success in all areas of entertainment. From his award-winning comedy specials to his many memorable film roles and guest appearances on his favorite TV shows (including “Parks and Recreation” for which he received a TV Critics Choice Award), Oswalt continues to choose work that inspires him and entertains audiences. He recently created M.O.D.O.K., the new Marvel stop-motion animated adult comedy series for Hulu as well as voices the titular character, and currently co-stars as ‘Principal Durbin’ on the NBC Universal comedy “A.P. Bio,” produced by Seth Meyers, Mike O’Brien, and Lorne Michaels. Oswalt also recently served as the lead voice of ‘Max’ the dog in THE SECRET LIFE OF PETS 2.

In 2020, Oswalt’s Emmy and Grammy-nominated Netflix special “I Love Everything” was widely applauded upon release –“I Love Everything...is one of the best stand-up sets you’ll see this year,” according to RogerEbert.com; he also received a Grammy nomination for his comedy album of the same name In 2017, he received Grammy and Emmy nominations for his album and Netflix special “Annihilation,” which addresses his own devastating loss and dealing with the unexplainable, while making it all painfully funny.

In 2016, he won the Emmy for 'Outstanding Writing for a Variety Special’ for his sixth comedy special “Talking for Clapping” and a Grammy Award in 2017 for his comedy album of the same name. Oswalt was nominated fora Critics Choice Award for his performance in Jason Reitman’s film YOUNG ADULT, starring opposite Charlize Theron.

In 2009, he also received critical acclaim for his performance in Robert Siegel’s BIG FAN; the film was nominated for an Independent Spirit Award and Oswalt earned a Gotham Award nomination for his performance. Oswalt has appeared in many films, including the film adaptation of Dave Eggers’ novel THE CIRCLE, alongside Tom Hanks and Emma Watson, THE SECRET LIFE OF WALTER MITTY, with Ben Stiller, Steven Soderbergh’s THE INFORMANT, alongside Seth Rogen in OBSERVE AND REPORT, in Paul Thomas Anderson’s MAGNOLIA, ZOOLANDER, STARSKY AND HUTCH, and RENO 911!: MIAMI, among many others. He also provided the voice for ‘Remy’ the rat, in Pixar’s Oscar-winning RATATOUILLE, and played one of the “white voices” in the widely-praised indie film SORRY TO BOTHER YOU, the directorial debut of Boots Riley; Oswalt also voiced the titular character on the hit SYFY series “Happy!” as well as characters on other TV shows such as “Archer,” “Bo Jack Horseman”, “The Simpsons,” “Bob’s Burgers”, “Aqua Teen Hunger Force”, and “Word Girl.” He is also the narrator on ABC’s hit comedy “The Goldbergs.”On TV, Oswalt had a starring role on Adult Swim’s “The Heart, She Holler,” was a series regular on Showtime’s “United States of Tara” and the Netflix revival of “Mystery Science Theater 3000,” recurred on the SyFy series “Caprica,” and has had many guest roles on “Veep,” “Lady Dynamite,” “Agents of S.H.I.E.L.D.,” “Parks and Recreation,” “Justified,” “Two and a Half Men,” “Portlandia,” “Bored to Death,” “Flight of the Conchords,” The Sarah Silverman Program,” “Tim and Eric’s Awesome Show,” and “Seinfeld,” among others. He is also very well known for playing ‘Spence’ on “The King of Queens” for nine seasons. He was also a regular contributor to “Countdown with Keith Olbermann,” “Real Time with Bill Maher,” and Lewis Black’s “Root of All Evil.”

As a comedian, Oswalt has shot eight TV specials and released seven critically acclaimed albums, including his Grammy-winning Talking for Clapping (which the one-hour special of the same name earned him an Emmy) and Grammy-nominated Tragedy Plus Comedy Equals Time that debuted in 2014. Finest Hour also received a Grammy nomination for “Best Comedy Album,” as well as a Showtime one-hour special of the same name. In 2009, Patton received his first Grammy nomination for his album My Weakness Is Strong(Warner Brothers Records). Oswalt starred in The Comedians of Comedy, which was shot as an independent feature film, a TV series and a long-running tour. He tours regularly and extensively, headlining bothin the United States, Canada, and the UK. Oswalt also had a regular, bi-monthly show at the new Largoat the Coronet Theater in Los Angeles. Both of his published books Zombie Spaceship Wasteland(2011) and Silver Screen Fiend(2015) are New York Times Best Sellers. In 2018, Oswalt helped publish his late wife Michelle McNamara’s true-crime book I’ll Be Gone in the Dark(The New York Times Best Seller) and he executive produced the HBO docuseries based on the book about the Golden State Killer.