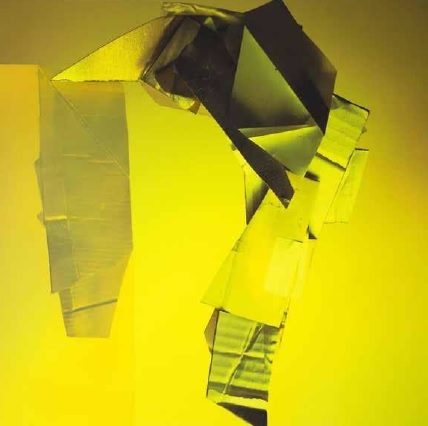 On Screen / Off Screen: Contemporary Painting and Technology

Barry Whistler Gallery announces the group show, On Screen / Off Screen: Contemporary Painting and Technology, featuring 25 two-dimensional works by southwest artists, Kate Petley (CO), Lorraine Tady (TX), and Liz Trosper (TX), June 5- July 31. Petley, Tady, and Trosper all integrate digital means while exhibiting a primary interest in the interaction of shape, color, and line. Though their techniques are varied, each embraces abstraction as a signature mode and exults in the gregarious use of hue.

Petley collapses sculpture, painting, and photography. Taking pics of self-created 3-D constructions, she prints them large, then paints over them. Tady takes this second part of this game into multiple iterations, starting the manifestation process by designing images in Adobe Creative Suite, or through a drawing or painting. She then puts the pic into digitalia via photo, or, if it was born as pixels, makes it analog through a printer, then fidgets with it some more—with paint, paintstick, chalk, or almost any means to make a mark. She repeats this process—crossing the analog/digital line—as many as six times. Trosper leans more toward the other half of Petley’s method. Beginning with skeins of brightly-painted, air-dried clay, Trosper takes pictures of clay-tube masses, shifts the color and composition in cyberspace, then prints out brightly-colored works in which these tubes of clay play over the canvas like multi-hue gestural marks.

Though working in a traditional mode—presenting works that use the illusion of a window stuck on a wall—each artists updates the medium of drawing/printing/painting by mashing together digital means with pre-computational ones. This tech strategy was foreshadowed when two of the 20th Century’s great titans first stormed this ragged beachhead: Marcel Duchamp took pictures and painted on them; Picasso pasted patterned wallpaper and newspaper clippings on his canvases, often painting over them, and sometimes copying their appearance for use as major or minor subject matter in the remainder of his canvases.

KATE PETLEY
The subject of Petley’s gaze is of particular interest here: her 2-D works build from subject matter that’s already 2-D and already abstractly arranged. She paints paper sheafs, arranges them, then captures the three-dimensional composition photographically. Then she prints the image, and paints on it. It’s a layering of means that includes the play of color, pixels, physical pigment, and two-dimensionality throughout.
Her recent solo shows include Staring Into the Fire, the University of Colorado Art Museum, Boulder CO; The Very Thing, the Von Lintel Gallery, LA; and Since Then, the Robischon Gallery in Denver. She is a Ucross Foundation Fellowship recipient and has received an NEA Rockefeller Foundation Grant. She’s received numerous public art commissions and her work can be found in numerous publications, museum, and corporate collections. Born in New York, Petley lives and works near Boulder, Colorado.

LIZ TROSPER
Trosper investigates the contemporary tension between image and material reality. Her pieces evoke the glow of the screen without employing one. She enjoys blurring the inorganic of the pixilated image, making work that is fun as and bewildering. Trosper’s use of highly saturated, bursting color expresses a sense of play, steering clear of what’s painful or tragic.
She is an assistant professor of instruction at the School of Arts, Technology, and Emerging Communication at UT, Dallas. Recently, she exhibited in Texas Women: A New History of Abstract Art, the San Antonio Museum of Art; The Wilcox Space, Dallas; and the Bernice Coulter Templeton Gallery, Texas Wesleyan University, Fort Worth; and the Academic Gallery, New York. She was a grad-resident at CentralTrak: The UT Dallas Artist’s Residency from 2013-2015.
Liz Trosper lives and works in Dallas, Texas.