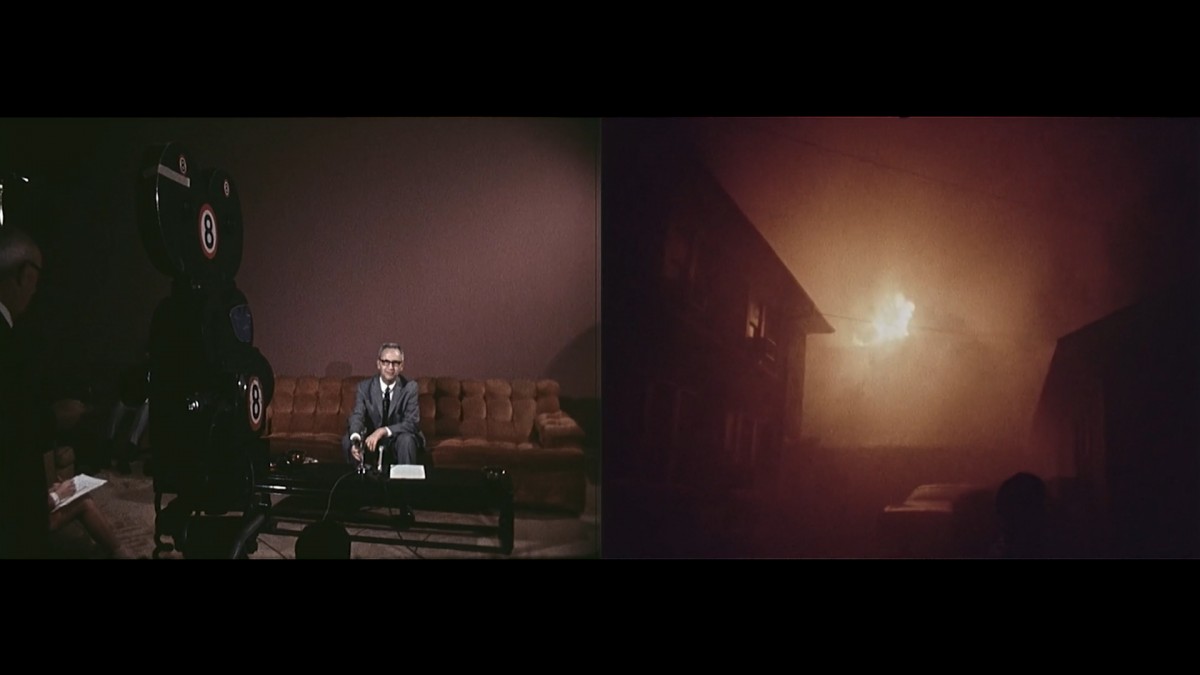 Is a spectre haunting the archive? Do the films collected there proclaim a history that is no longer or a future that is not yet here? Is there something to reclaim in the bits of visual history that have been rescued in the archive? Have you felt the horizon closing before your eyes, the promise of the future you’ve been waiting for becoming a perpetual, timeless present? Cultural theorist Mark Fisher describes a tendency in contemporary culture he calls “hauntological” that refuses to give up on a lost future that no longer seems possible. “This refusal gives the melancholia a political dimension, because it amounts to a failure to accommodate to the closed horizons of capitalist realism.”

This program, Ghosts of Lost Futures, features new video works by 10 artists commissioned by the G. William Jones Film and Video Collection. Each artist was given access to the same cache of footage from the WFAA Newsfilm Collection shot in Dallas in 1970, the year of the archive’s founding. The program was intended to celebrate the 50th anniversary of the archive, but due to the COVID-19 pandemic and the resulting lockdowns, the program was not completed until the spring of 2021. The artists were given complete freedom in how they reinterpreted the footage and its historical context. The resulting works are profound meditations on mourning, melancholy, disaster, and various reinterpretations of the events of 2020 and 2021 through images of Dallas’s past.

Artists in this program:

Program curated by Michael A. Morris

In 1970 the G. William Jones Film and Video Collection was founded at Southern Methodist University and was then known as the Southwest Film/Video Archives. Currently part of the SMU Libraries, it is home to many important collections of films and videos from the region, including the WFAA Newsfilm Collection.

This program contains flashing lights, which may cause seizures for individuals with photosensitive epilepsy. Viewer discretion is advised.

FREE; registration is required. Seating is limited and will allow for social distancing.