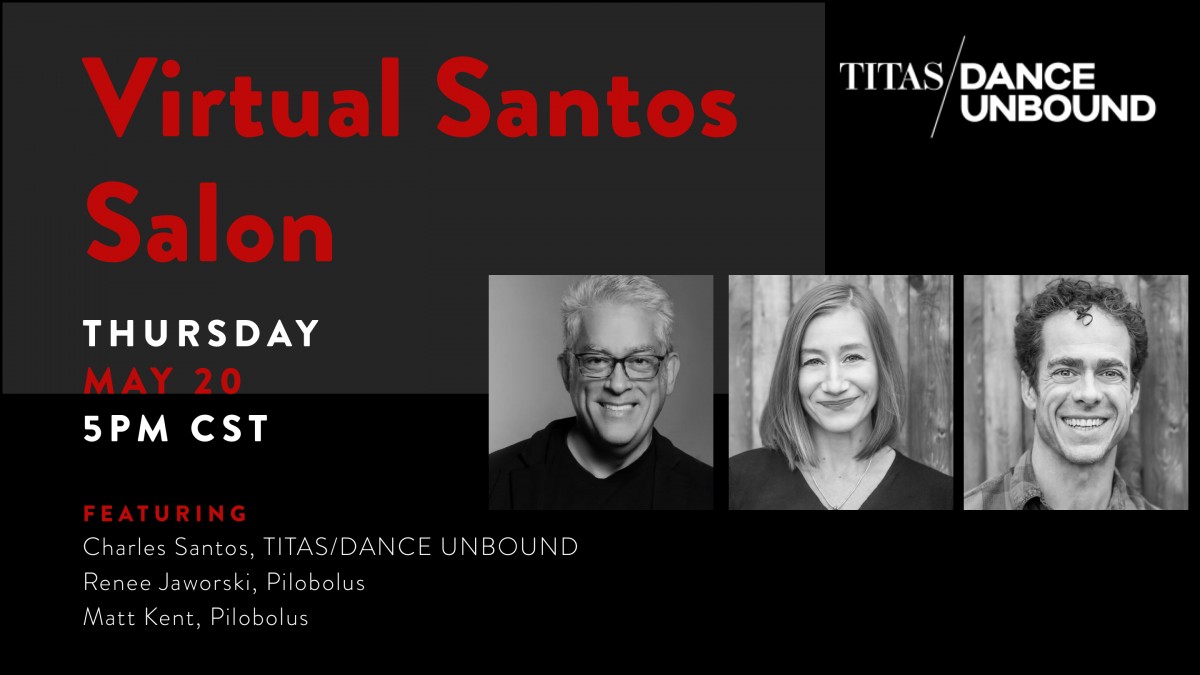 LIVE with Pilobolus in the Garden: A Behind the Scenes Look at the Unique Performance - Virtual Event

Join TITAS/DANCE UNBOUND’s Executive Director, Charles Santos, on Thursday, May 20th for a LIVE discussion streamed from the Nasher Sculpture Garden with the Artistic Directors of Pilobolus, Renée Jaworski and Matt Kent. This virtual conversation will go into the background and artistry of their SOLD-OUT live performance during the upcoming weekend - giving you a behind the scenes glimpse for the show.

Tune in on Thursday, May 20th 5pm CT on Facebook Live for this conversation and attend the live performance at the Nasher on Saturday, May 22. Tickets are currently sold-out for the live performance, however the virtual salon is free and available for anyone to tune in.

About the Speakers
Renée Jaworski is the Co-Artistic Director of PILOBOLUS. Renée received her BFA from the University of the Arts in Philadelphia. Upon graduating she began work with MOMIX, performing and teaching throughout the world as well as creating her own work in Philadelphia. She began performing with Pilobolus in 2000. Renée has served as choreographer and creator for exciting projects and collaborations such as the 79th Annual Academy Awards, the Grammy® nominated video for OKGo’s All is Not Lost, Radiolab Live: In the Dark, and has worked with myriad outside artists through the International Collaborator's Project. In 2010, her alma mater honored her with the University’s Silver Star Alumni Award for her work as an artist in the field of dance. Renée lives in Connecticut with her husband and daughter.

Matt Kent has worked with Pilobolus since 1996 as a dancer, collaborator, creative director, and choreographer. Past Pilobolus projects include Head Choreographer for Andre Heller’s Magnifico, a large-scale circus production; choreographer for Sports Emmy-nominated teaser created in collaboration with the NFL network; and choreographer for a television appearance on Late Night with Conan O’Brien; His work on Shakespeare’s The Tempest co-directed by Teller and Aaron Posner was nominated for Best Choreography by the L.A. Drama Critics Circle. Outside of Pilobolus, he has worked as zombie choreographer for AMC’s hit series “The Walking Dead” and as movement consultant on the Duncan Sheik musical, Whisper House, and created family and children’s performances with Rob Kapilow. Matt lives in Connecticut with his wife and two sons.