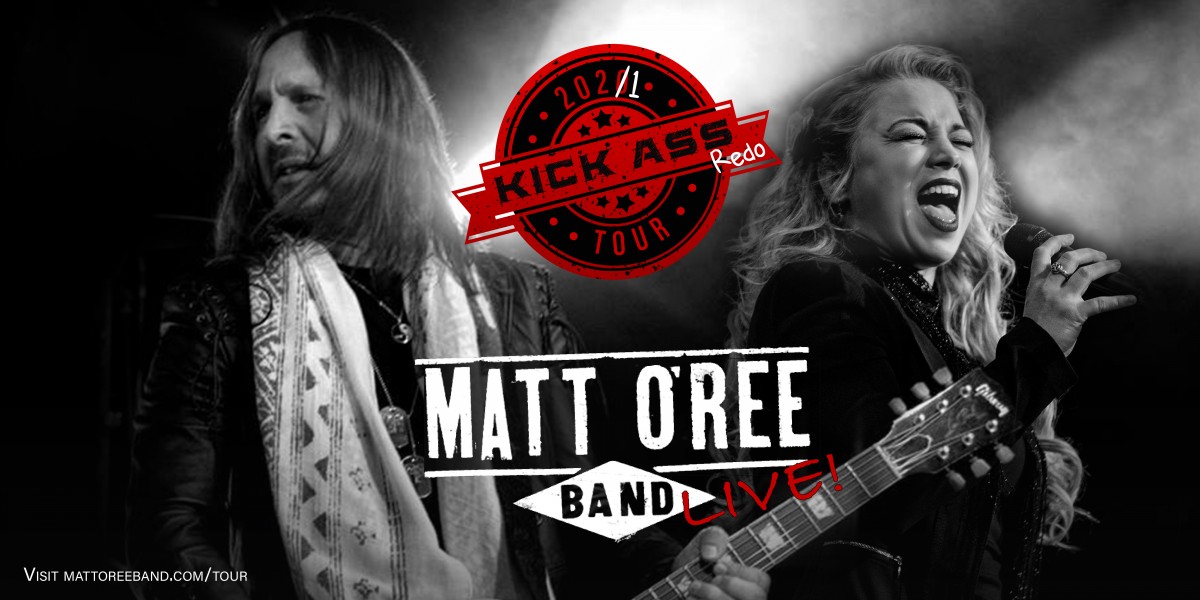 Former guitarist for Bon Jovi, NY/NJ Blues Hall of Fame inductee, and crowned King Of The Blues by BB King himself, Matt O’Ree has been a driving force in the blues/rock music scene for the last twenty years. Garnering the attention of artists like Bruce Springsteen, David Bryan (Bon Jovi), Steve Cropper (Booker T & the MG's), John Popper (Blues Traveler), Bernie Worell (P-Funk), and Hubert Sumlin (Howlin Wolf), all of whom had volunteered to perform on the band's album, Brotherhood. The newest addition to the band, Eryn, an accomplished artist and songwriter in her own right, won awards such as the BELK Southern Musician Blues Showcase beating out thousands of competitors. She is the youngest artist to be inducted into the NJ/NY Blues Hall of Fame and has performed or opened for artists such as Don McLean, Gregg Allman, Johnny Winter, Robert Cray, Dr. John, Shemekia Copeland, The Gin Blossoms, Little River Band, Marcia Ball, Walter Wolfman Washington, Eric Lindell, Sonny Landreth, The Radiators, Johnny A and so many more. Combined this recently landed her a gig singing backup vocals with the Smashing Pumpkins on the Late Show with Stephen Colbert. Matt and Eryn joined forces about 3 years ago and began defining an original vintage-style rock n' roll sound. They began touring nationally and internationally to rave fan reviews, oh yeah, and not to mention they are also married. Together, the band takes their fans on a ride that hasn't been heard or seen at this level since the '70s. Their live show is like revisiting a Zeppelin concert at the Garden, and with Lex Lehman's smooth soulful bass, John Hummel's Bonham-esque drums, and Eryn and Layonne's angelic and gutsy lead and backing vocals, combined with Matt’s blistering guitar, Matt and company have built a foundation that can hold up the biggest house on the block.