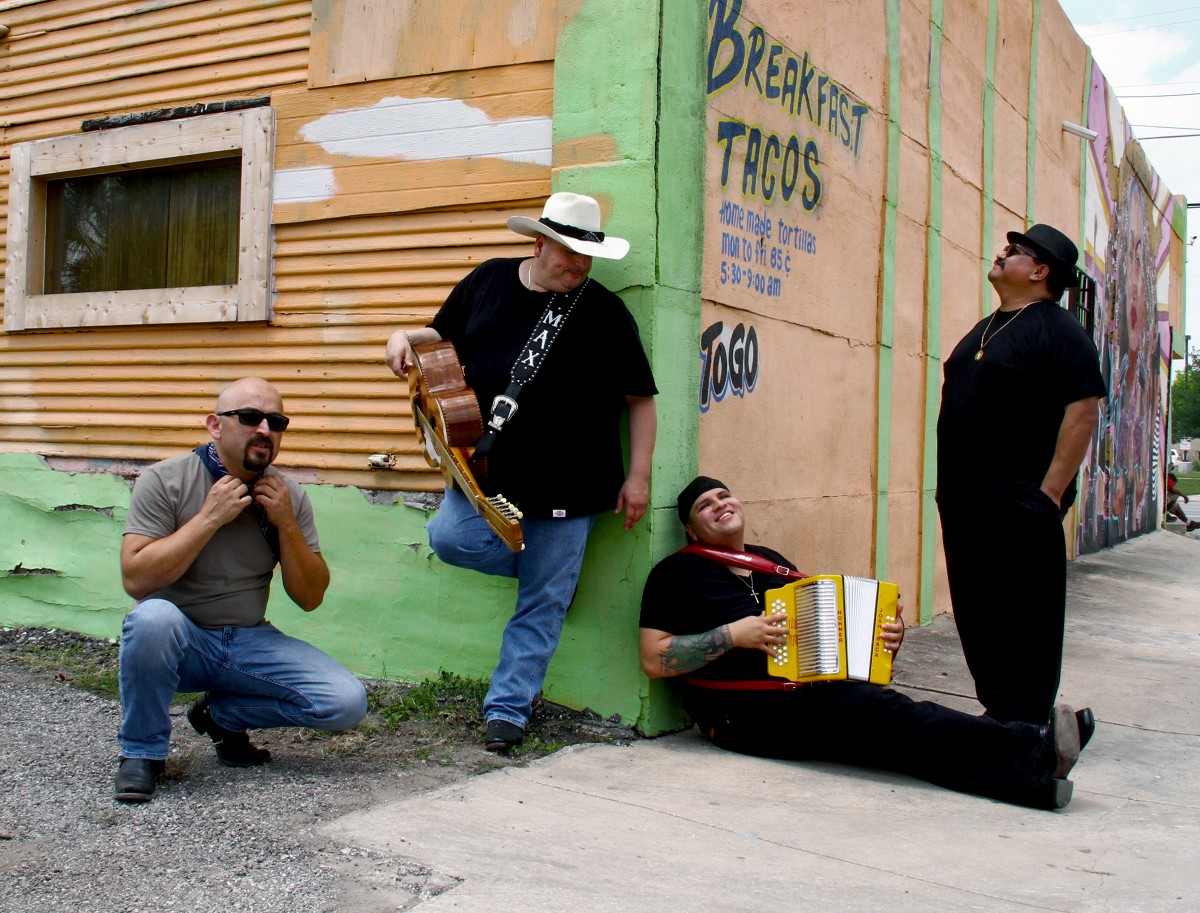 Grammy Award-winners, Los Texmaniacs are the new kings of Tex-Mex. Founded by Max Baca (bajo sexto, vocals), the Texmaniacs are a product of his wide-ranging experience touring and recording with Flaco Jimenez, the original Texas Tornados, Los Super Seven and even the Rolling Stones.

In their recently released third album, Cruzando Borders, Los Texmaniacs are quick to point out that it’s more than music; it was crafted to send a message. Prompted by negative public rhetoric about the U.S.–Mexican border and Mexican culture, and inspired by the transcendent brotherhood and exquisite beauty of the border life they have experienced, Los Texmaniacs have created an album that asserts pride in both their native Mexican culture and U.S. nationhood. The recording features all-star guest appearances from country legends Lyle Lovett and Rick Treviño, is a “vital heartbeat for a group of folks who truly have one foot on either side of the border” (NPR Music), and was nominated for the “Best Regional Mexican Music Album (Including Tejano)” Grammy award.

Los Texmaniacs are honored to perform with the legendary Augie Meyers, a founding member of the Sir Douglas Quartet and Texas Tornadoes, whose style and Vox Continental has become one of music’s most distinctive keyboard sounds around.