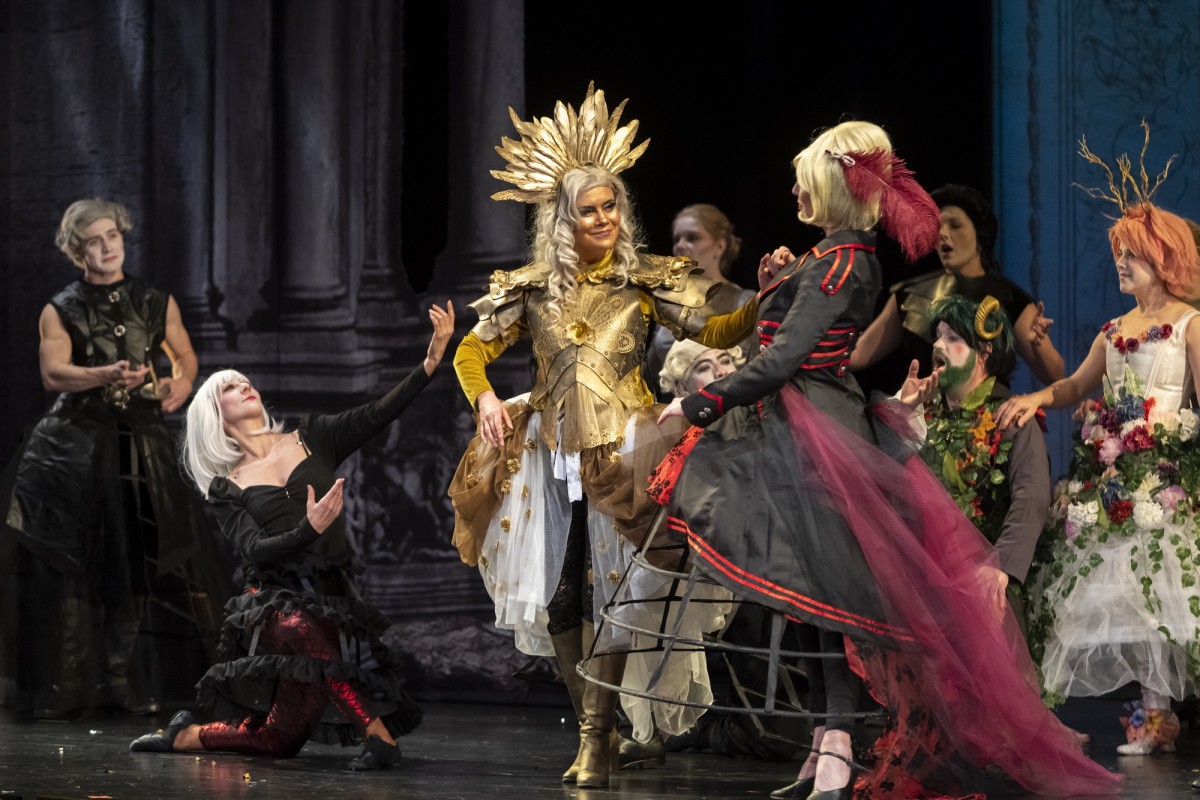 Here’s a chance to see it again! our Feb 2020 production of the Baroque Opera Love Conquers Impossible Love, by Sebastián Durón. Based on the myth of Danae, whose father King Acrisius locks her in a tower, only to be saved by the love smitten Jupiter is described in the press as “a welcome bit of fantasy combining baroque theater traditions with modern trends”. The  “vividly staged” zarzuela alternates declamations in English, with arias sung in Spanish. With Spanish and Mexican artistic team and local Shakespearean actors, the Orchestra of New Spain musicians and chorus lead in this two act comic opera. Described as “a visual feast….with spectacular assemblages” and plenty of dance from folk to modern, it is fun to watch.