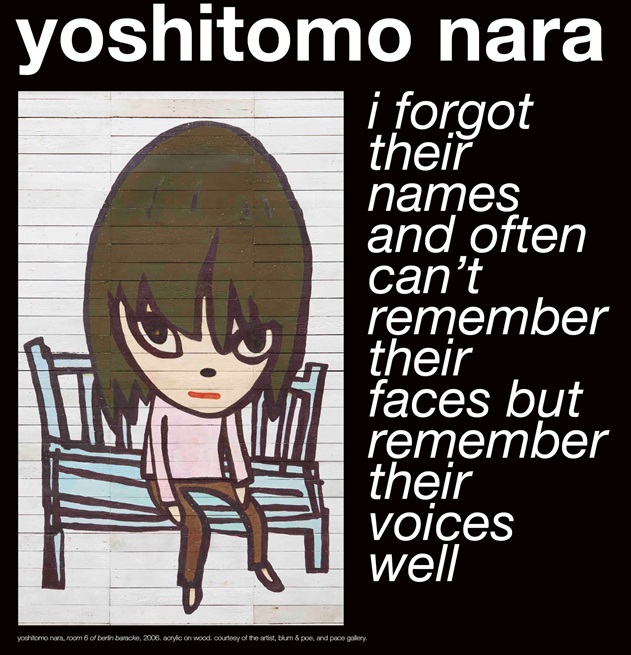 Dallas Contemporary’s career survey of Japanese artist Yoshitomo Nara will bring together a large selection of paintings, drawings and sculptures from 2006 to the present, many of which are being exhibited for the first time.

Since rising to global prominence in the 1990s, Nara has used his signature style to portray subjects in complex and ambiguous emotional states, ranging from rebellion to loneliness and quiet contemplation.  Inspired by music, current events, and his childhood memories, among other subjects, his internationally celebrated works critically fuse contemporary issues with longstanding artistic traditions from East Asia and Europe. Through his oeuvre, Nara offers an enduring meditation on the individual’s freedom of imagination and boundless emotive capacities.

The survey will explore how Nara’s art conjures a realm rich in feeling while referencing the artist’s autobiography as well as broader cultural issues. In the newest works exhibited at Dallas Contemporary,  Nara adopts a markedly introspective attitude. He uses his creative process to explore and express his place in today’s world, while channeling his views on a broad range of urgent topics, such as nuclear disarmament, environmental activism, and the tragic ramifications of Japan’s 2011 earthquake.