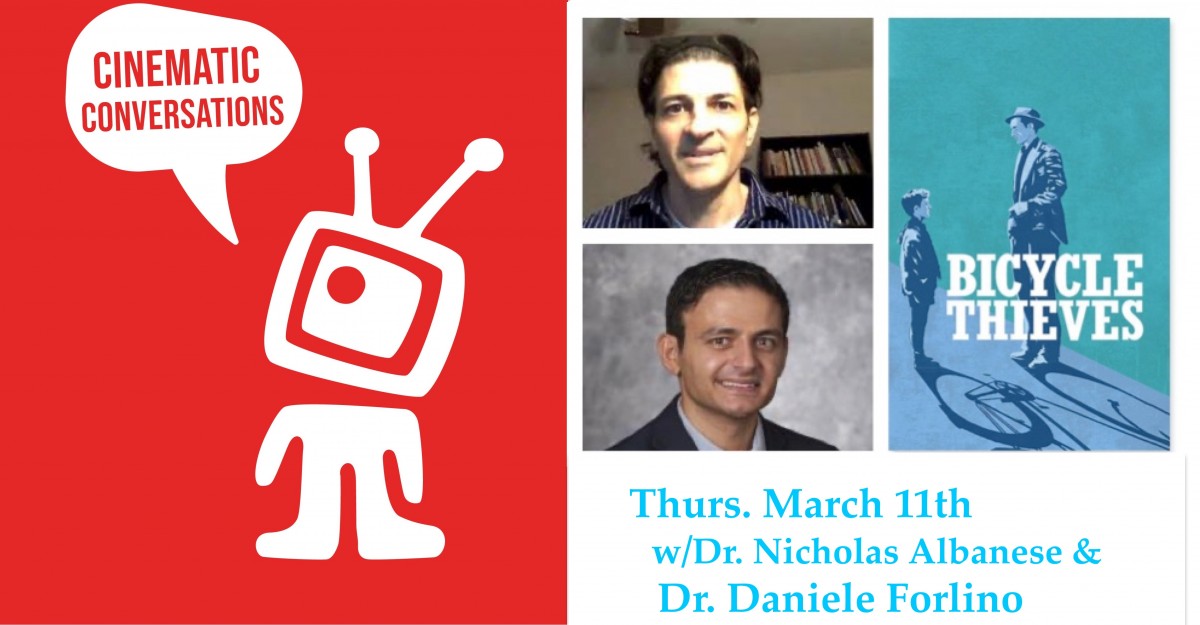 Vittorio De Sica's Neorealism masterpiece essentially introduced a new genre and has been a reference point for it ever since. The story follows a working class father from a hardscrabble neighborhood, fresh in a new job, whose bike was stolen and who can't work without it. With his small son by his side, he spends the day in Rome, trying to find who took it. The father, Antonio, displays a remarkable amount of dignity and character throughout, but when the situation becomes desperate, he is forced to act beyond his conscience, which surfaces all sorts of moral, conflicting issues that both he and the audience must wrestle with. It is a timeless, human story, which is in part why this classic endures.
Dr. Daniele Forlino joined World Languages and Literatures SMU in Fall 2017 as a lecturer of Italian. Daniele is a specialist in 20th-century Italian literature and cinema, which he merges with the study of economics, and also has a substantial background in second-language pedagogy. Nicholas Albanese is a Professor of Italian in the Modern Languages & Literature department at Texas Christian University. Areas of focus Contemporary Italian Literature & Culture; Italian Cinema; Southern Italian and Sicilian History and Culture