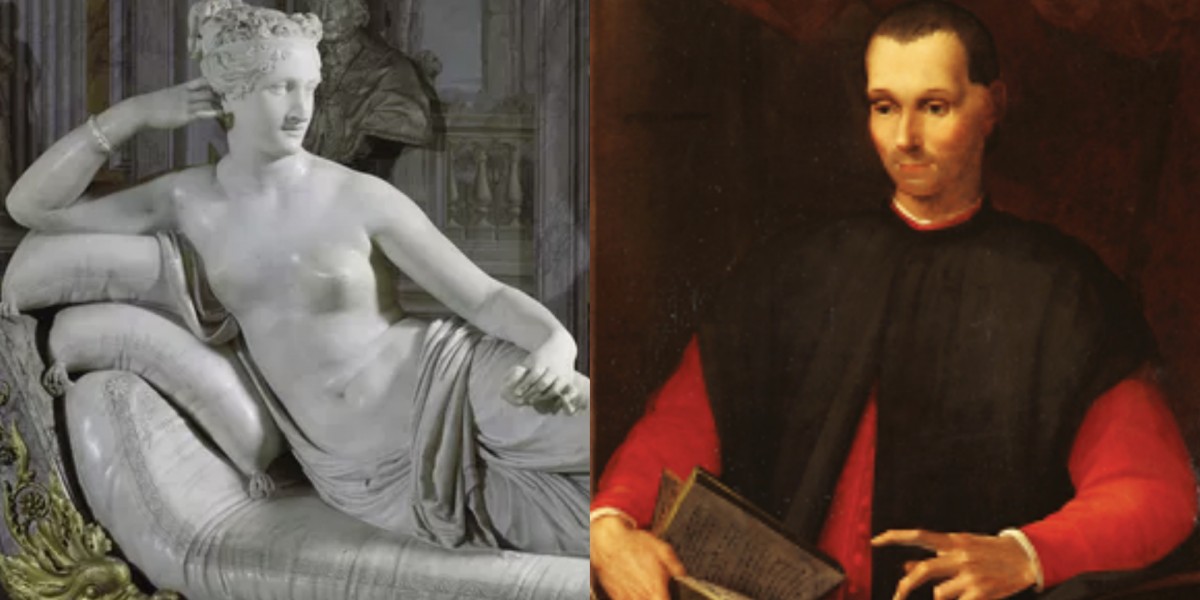 Based on Machiavelli’s reading of ancient writings and his own experience of modern politics and war, The Prince is filled with hard boiled advice on how to gain and keep power. The Prince is perhaps most famous for the assertion that it is better to be feared than loved. Yet just nine months after completing it, Machiavelli writes a letter to a friend to confess that he is himself desperately in love:

"I have therefore abandoned thoughts of great and grave things. No more does reading ancient things or reasoning about modern things delight me; all are converted to sweet reasonings, thanks to Venus... For I have never found anything but harm in the former, and in the latter, good and pleasure."  - Machiavelli

This rejection of the grave matters of politics and war startles any reader of his best-known works. Could the infamous Machiavel categorically reject his own thoughts on war and politics — in favor of love? Perhaps this embrace of love is as much literary performance as it is a true confession; perhaps it is just one of many oscillations between political and amorous obsessions. It is nonetheless vital for understanding Machiavelli’s thought and life. This course will examine The Prince on love and fear, then turn to several of his plays, poems, stories, and comic letters on love in an effort to come to understand and appreciate both “Machiavellis.”