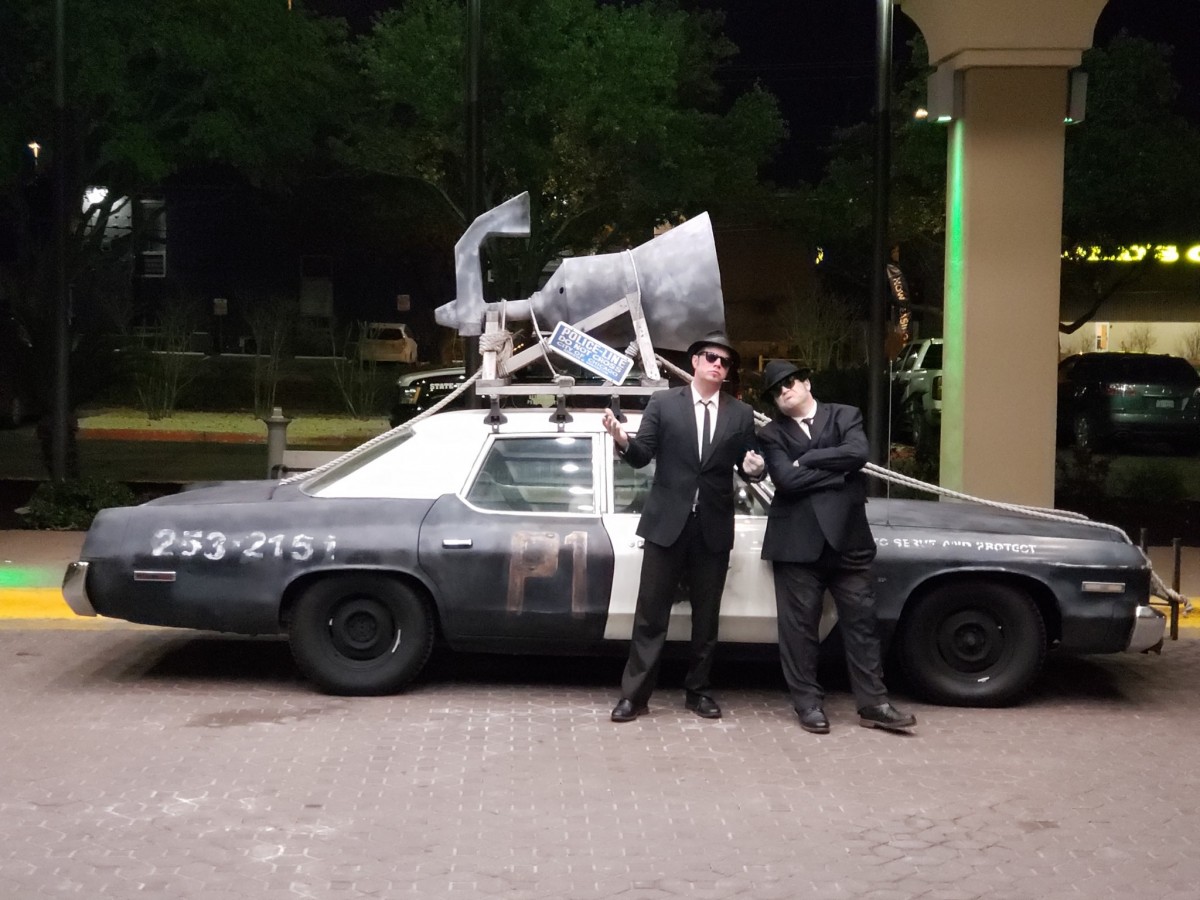 Texas Bluesmen- The Ultimate Tribute to the Blues Brothers

Formed in 2018, Two men literally on a mission found each other and created North Texas' Greatest tribute to Jake & Elwood Blues.

Justin Clark (Elwood J. Blues) - Justin has portrayed Elwood for over two decades with the Legends show in Branson, Missouri. performing with several different "Jake Blues" along the way, his portrayal of Elwood has taken him coast to coast and beyond. Paul Andrews (Jake E. Blues) - Paul began as a DJ and karaoke host for over three decades. He was the designer and builder of the Bluesmobile & Chicago Police Car (seen on this page) and decided to portray Jake to a "T".

Together Justin & Paul have played several events, shows and Dallas' own House Of Blues in less than six months since forming this new show and tribute. They perform track shows or with the mighty "Bluesmen Rhythm & Blues Revue".