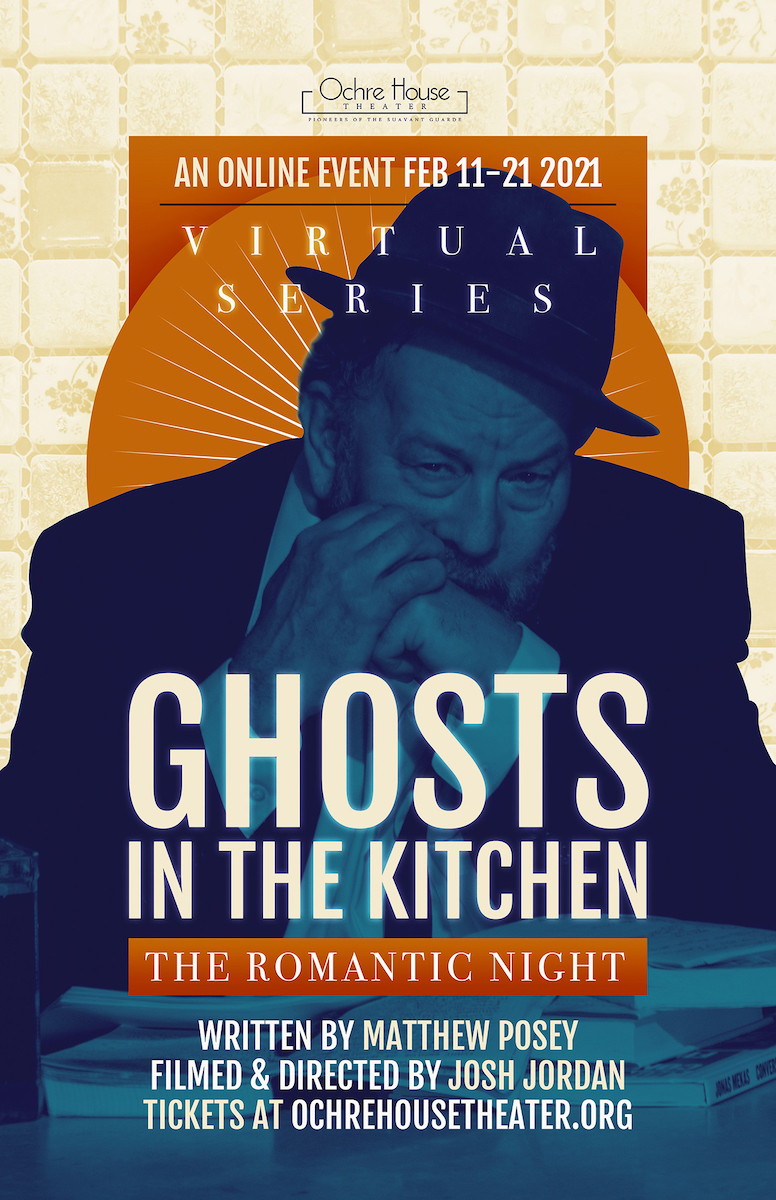 The heart of the home is the kitchen and it is where communion, fellowship, confession, solitude, death, and life are celebrated. GHOSTS IN THE KITCHEN is a Series of Storytelling through Virtual Theater as written and told by core company members Carla Parker, Justin Locklear, Kevin Grammer and Matthew Posey, filmed and directed by Josh Jordan with music by Sarah Rubio- Rogerson and Justin Locklear. GHOSTS IN THE KITCHEN is stories of hauntings found in the realm of wandering souls who attempt to understand the complexities of life and to remember what it is like to be human. This series of original storytelling will be streamed on Ochre House Theater’s YouTube Channel throughout the months of February and March. The Series includes: THE ROMANTIC NIGHT, written and performed by Artistic Director, Matthew Posey; THE KEY TO A DARK LONELY NIGHT, written and performed by Kevin Grammer; SUPERNOVA LEFTOVERS, written and performed by Carla Parker; and IDLE SPIRIT, written and performed by Justin Locklear. Join us from the comfort of your home and enjoy the haunted world of four souls in search of the essence and meaning of life.

First up, we have THE ROMANTIC NIGHT, written and performed by Artistic Director, Matthew Posey. Athalgarde Christhelmet (MATTHEW POSEY) walks home from his favorite bar, The Rustic Inn, and loses his way and himself in a baffling boozy world. Chance, misfortune, visitations of an Angry God, and chaos marble a journey into a secret and wondrous night of a self-destructive boozer who finds redemption by sheer luck. THE ROMANTIC NIGHT is a moral accounting of a man lost in a world of ever changing Order. “When a crooked man walks a crooked road, all things become straight.”

Performances times are from 12pm-12pm the following day.