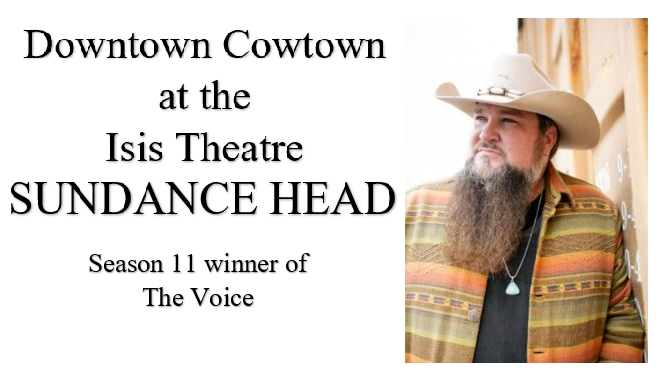 Sundance Head from The Voice

Sundance Head has been singing for as long as he can remember. The son of singer Roy Head, who scored a #2 smash hit in 1965 with “Treat her Right,” Sundance attributes his love for music to the many times he shared the stage with his father as a child. Sundance is now making his mark on the music industry, determined to hang a gold record of his own on the wall of his Porter, Texas home.

A contestant during season six of American Idol, Sundance finished in 13th place from a field of thousands of contestants. Life following elimination from the competitive reality series has proven sweet, as Sundance became the first American Idol contestant in history to score a recording contract with a major record label, Universal Motown, without finishing in the Top 12. Sundance has since moved from Universal Motown to a new and upcoming independent label where his creativity can be more fully expressed.

Proficient with several instruments, including guitar, bass guitar, and piano, Sundance is also a talented and sought-after songwriter, having written for ZZ Top, among others. With a natural penchant for singing the blues, it is easy to find yourself swept away to another time and place by his powerful voice and lyrics, only to open your eyes and realize that the soulful voice passing through the microphone is that of a young star on the rise.