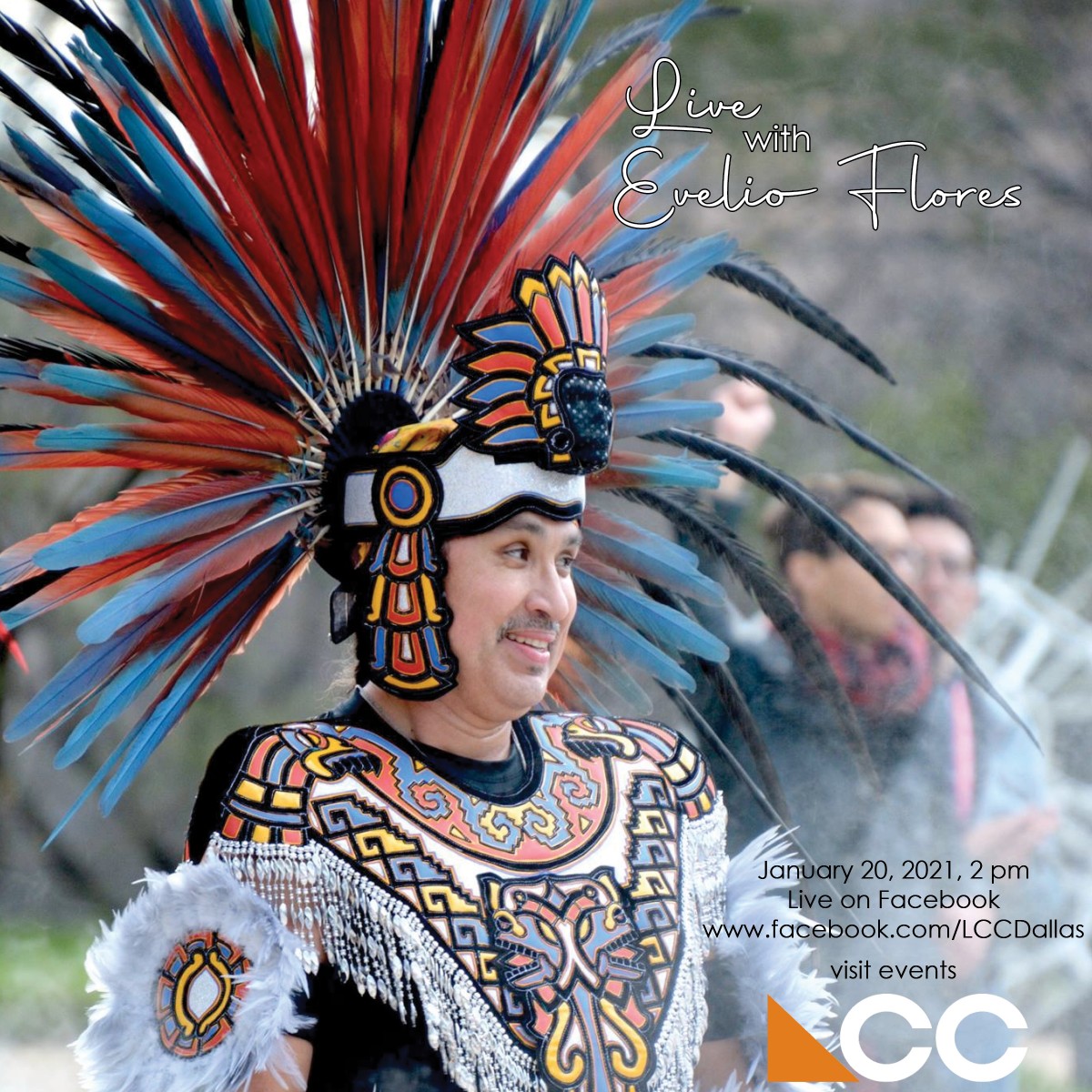 J. Evelio Chichilticoatl Flores, Jr. is the eldest of five children born to Evelio and Rosa Flores, Danzante Capitan, of Coahuiltecan / Mexican descent. Evelio is a tribal singer / dancer since 1997 and currently leads Mitotiliztli Yaoyollohtli (Heart of the Warrior) Aztec Dance group with his wife Azucena and their four children.

Mitotiliztli Yaoyollohtli has been on the roster of the City of Dallas Office of Cultural Affairs, Community Arts Program (CAP) since 2006.

Evelio co-founded Kalpulli Tonalpilli (Temple of Precious Sun) Native American Church in 2005 as a means of practicing and preserving the cultural traditions of the Indigenous Ancestors.

Currently he is a realtor after working 20 years throughout school districts in D-FW as a social worker and substance abuse counselor. As a former university student I majored in anthropology and double minored in religion and history at Southern Methodist University 1994-98.

I joined Mexihca danza in 1997 with a group in Dallas originally from San Diego. About 6 months later (1998) my wife Azucena Cempohualxochitl and I formed Mitotiliztli Yaoyollohtli under the guidance of Daniel Rodriguez Cerritos (Otomi Nation) of Azcapotzalco General of Grupo Macuilxochitl.
I am also a Sundancer since 1999 at Hueco Tanks, my Xanupa was given to me in 2003 by Tlakaelel under my apprenticeship of Acasio Acatecatl Oltehua (Totonac). Acasio was given Sundance Chief title by Henry Crow Dog under Leonard Crow Dog and Tlakaelel's apprenticeship.”