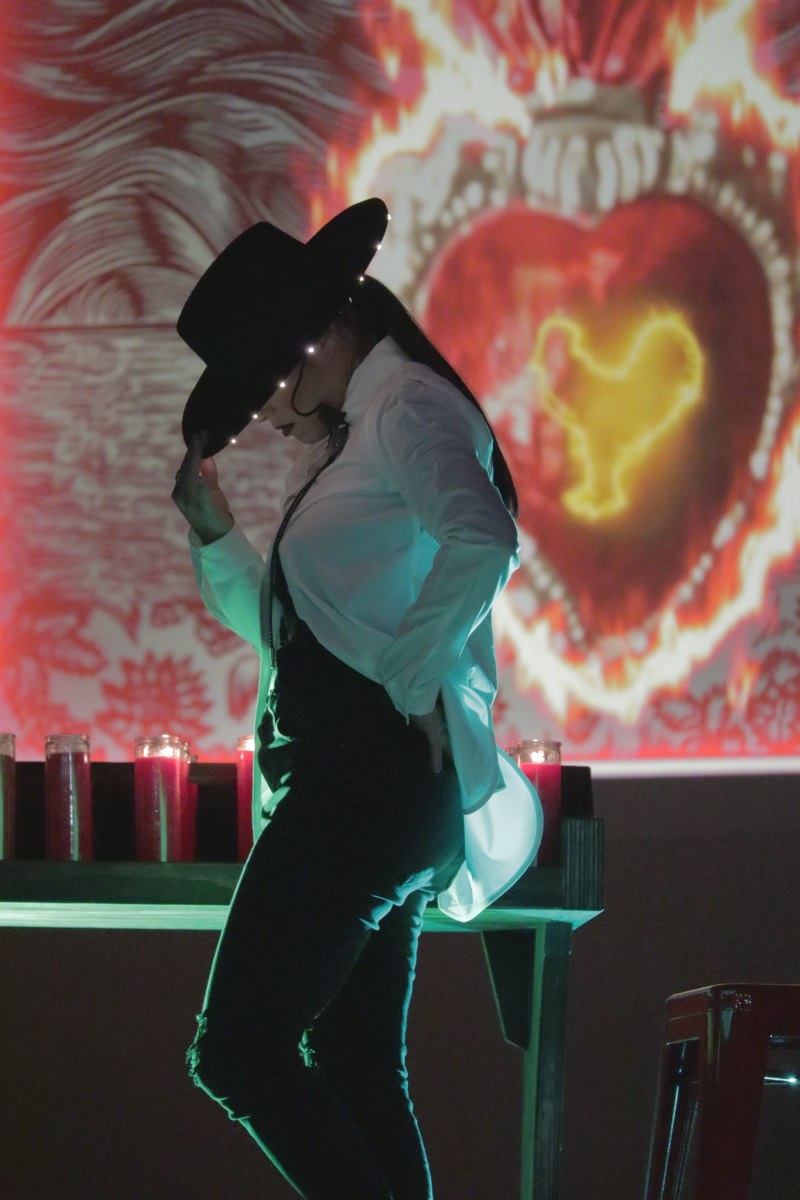 A Grave is Given Supper -Virtual Event

Teatro Dallas filmed its first live, in-person production since the beginning of the pandemic, A Grave Is Given Supper. The original script is directed and adapted by Claudia Acosta from Dallas-based author and poet Mike Soto’s debut poetry collection. The production stars New York-based actor Elena Hurst. Original video art and projections are designed by Johnny Moreno, designer of Lila Down's recent world tour. Original music is composed by Dallas sound artist, Sebastian Gutierrez. A Grave Is Given Supper will be presented as a cabaret-style, outdoor, multimedia immersive production on the plaza of the Latino Cultural Center.

This immersive Narco-Acid Western is told in a series of interlinked poems, as audiences follow the converging paths of two protagonists through El Sumidero, a fictional US/Mexico border town ravaged by an ongoing drug war. The surreal verse of Soto's poems is infused with the rituals of love and loss, and builds a world saturated with a mystical aura that explores the desires of those who live in the borderland. Presented in partnership with Deep Vellum Publishing.

Stepping Into ‘The Cube’