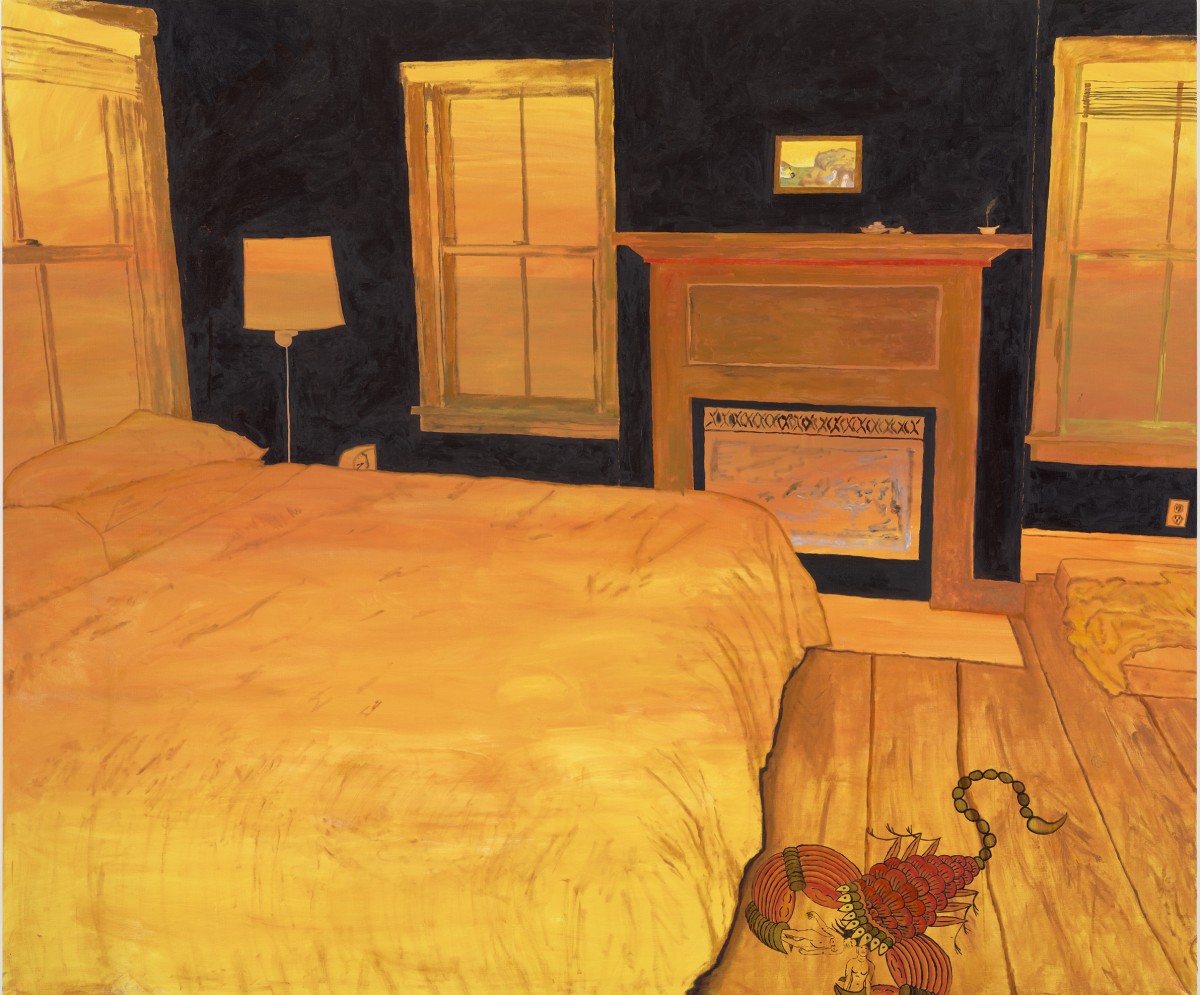 The American painter Leidy Churchman presents several new and recent works. Drawing on the postmodern idea that no subject is forbidden, Churchman’s imagery is broad and varied, mirroring the sheer abundance and circulation of images today. The paintings treat equally such disparate subjects as animals, landscapes, themes from Tibetan Buddhism, real estate advertisements, and remakes of works by other artists, such as Henri Rousseau and Barbara Kruger.

Churchman begins a painting with an interest in knowing the subjects intimately through observation. As they stated in a Bomb Magazine interview, “I love the surprise element that comes from giving attention. There is always more to be seen. In some moments, with some things, I feel that they could become a painting, but not for the purpose of transcribing those things. The surprise comes from the thing, or idea, merging with painting. The painting ultimately takes over. It is more powerful than the information.” Churchman’s approach, including developing paintings from found images, is an exercise in being present and taking stock of the surrounding world. FOCUS: Leidy Churchman will be the artist’s first museum exhibition in the Southwest.