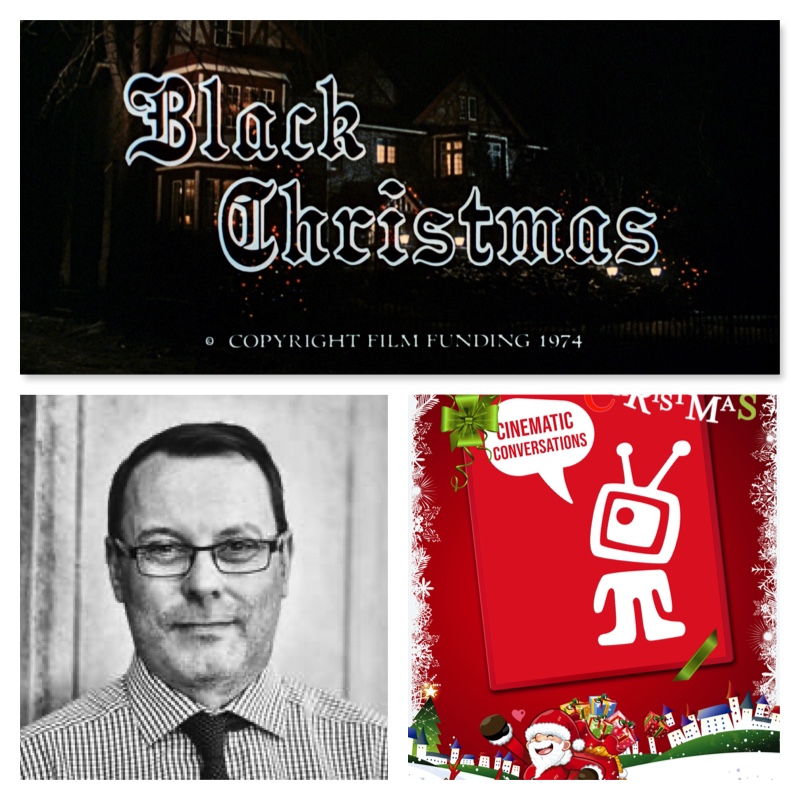 During their Christmas break, a group of sorority girls are stalked by a stranger. originally titled Silent Night, Evil Night in the United States) is a 1974 Canadian slasher film produced and directed by Bob Clark, and written by A. Roy Moore. It stars Olivia Hussey, Keir Dullea, Margot Kidder, Andrea Martin, Marian Waldman, Lynne Griffin and John Saxon.

As winter break begins, a group of sorority sisters, including Jess (Olivia Hussey) and the often inebriated Barb (Margot Kidder), begin to receive anonymous, lascivious phone calls. Initially, Barb eggs the caller on, but stops when he responds threateningly. Soon, Barb's friend Claire (Lynne Griffin) goes missing from the sorority house, and a local adolescent girl is murdered, leading the girls to suspect a serial killer is on the loose. But no one realizes just how near the culprit is.

R. Colin Tait Authored monograph, The Cinema of Steven Soderbergh: Indie Sex, Corporate Lies and Digital Videotape (Wallflower/Columbia UP, 2013) complicates and renegotiates the auteur trope for the twenty-first century. I argue that Soderbergh is “Hollywood’s guerrilla filmmaker” and that his films synthesize Hollywood, European and “Third Cinema” filmmaking techniques, while revealing the global dimensions of today’s media industry in addition to ushering in the digital filmmaking era. Beyond this monograph, I have published essays on Soderbergh’s “post-retirement/post-recession” work, and his move as a television director and producer. Next, I will explore his transformation into a multimedia artist via the twitter novella, “Glue” and his newest, choose-your-own branched narrative/website Mosaic (2017).

My current book project, “De Niro’s Method: Acting, Authorship and Agency in the New Hollywood (1967-1983),” is under contract with the University of Texas Press. This volume is the first to utilize the actor’s donated scripts, notes and props to consider how De Niro developed his own system of acting in the 1970s. In doing so, I expand contemporary notions of film authorship by arguing that De Niro is a supplementary creative force in the important films of this decade. My most recent work is a book chapter on De Niro’s and Scorsese’s unique working relationship in Mean Streets. Alongside this work, I have published and presented on the ways that De Niro fused his artistic roles of acting into producing and directing, then becoming a fully-fledged corporate entity via real-estate, The Tribeca film festival, and other global branding enterprises.

I have also published on Will Ferrell’s “Absurd Masculinity” in the “Bisexual Bromance” film, Spike Lee’s political filmmaking, actor-director collaboration between Matthew Weiner and Jon Hamm. In this last case, I expand contemporary notions of “Quality TV” to consider actors as supplementary creators of character and meaning in a show. In short, I have a broad, yet focused agenda that both informs and is informed by my work in the classroom.
Supervisors: Thomas Schatz and Janet Staiger