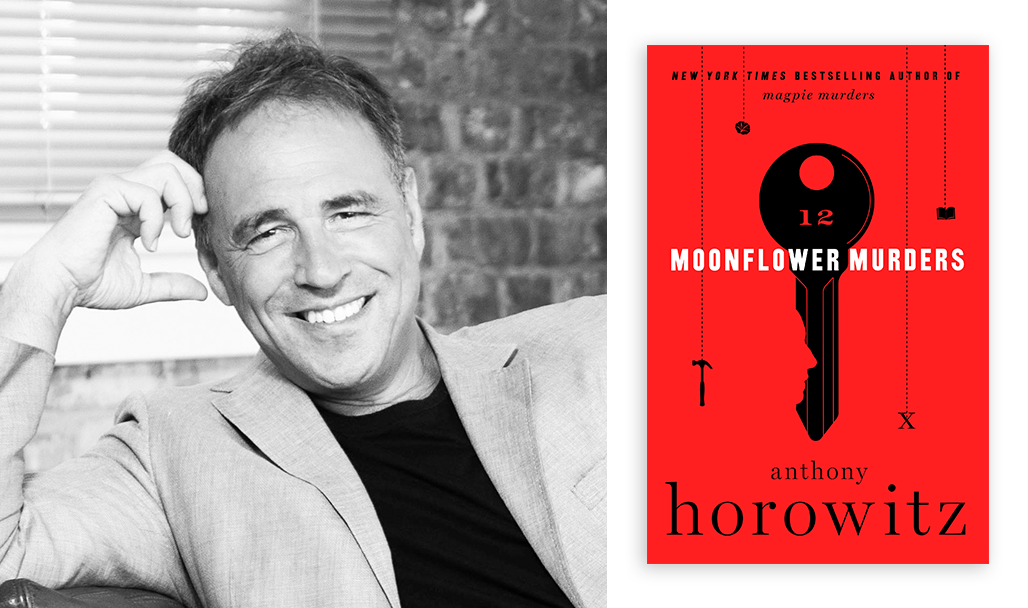 Anthony Horowitz returns with Moonflower Murders, a masterfully suspenseful sequel to the worldwide bestseller Magpie Murders, featuring his famous literary detective Atticus Pünd and Susan Ryeland, now retired from her publishing career and running a small hotel on a Greek island. When Susan learns from guests that their daughter has gone missing after trying to prove the innocence of a man convicted of murder, she knows that she must return to England to investigate.
New York Times–bestselling Anthony Horowitz is the author of more than 40 books, including Trigger Mortis, a new James Bond novel commissioned by the Ian Fleming Estate, and Moriarty, a Sherlock Holmes novel. His Alex Rider series for young adults has sold more than 19 million copies worldwide. As a TV screenwriter, he created both Midsomer Murders and the BAFTA-winning Foyle’s War on PBS. In 2014 he was awarded an OBE for his services to literature. Time magazine has called his work “catnip for classic mystery lovers.”

This event is in partnership with KERA.