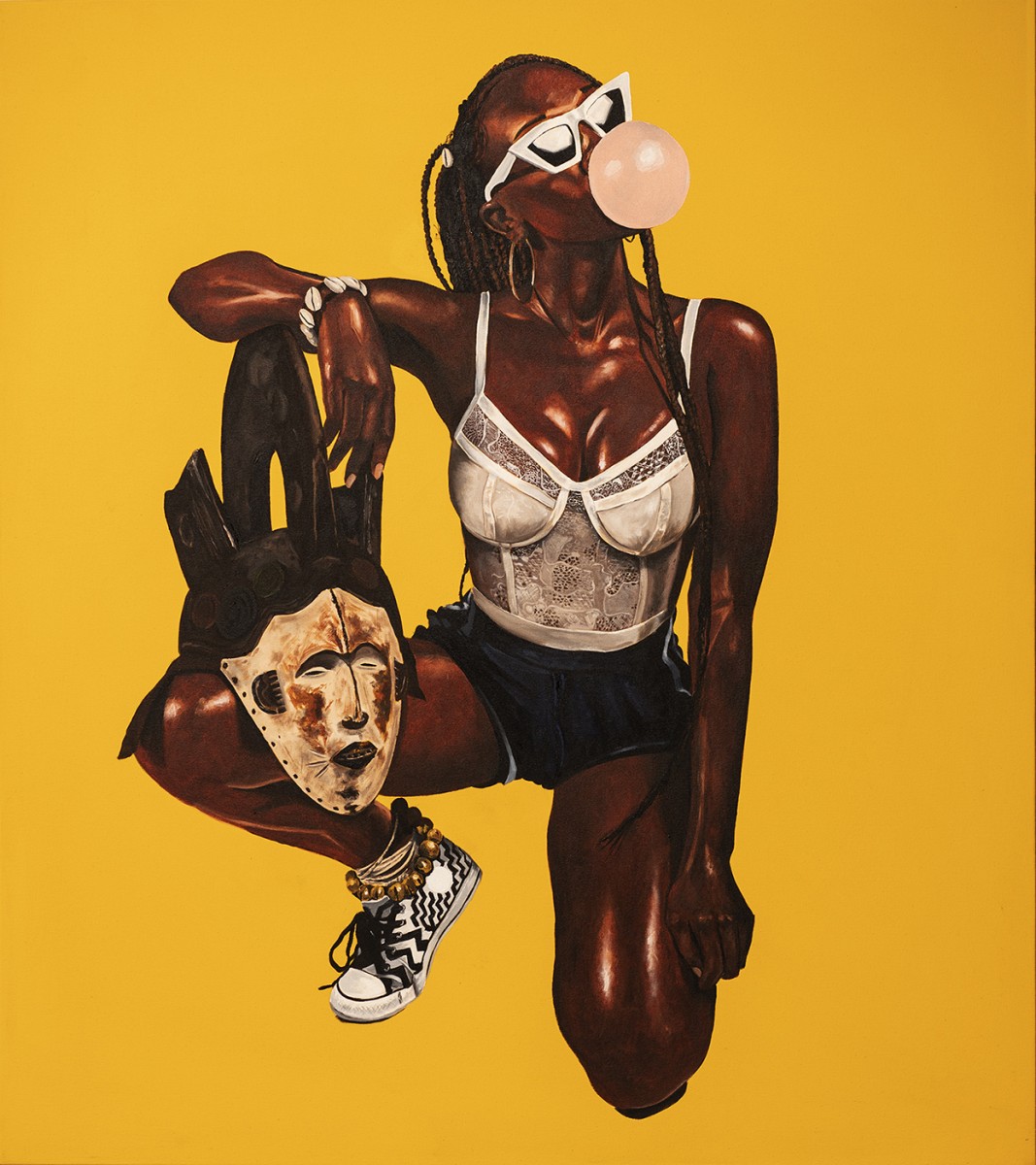 For TRAPADEMIA III: 7 African Powers Dr. Fahamu Pecou continues his exploration of contemporary articulations of Blackness. Mining the Black experience, these works draw parallels to African spiritual and ancestral presence. Here, through large scale paintings and works on paper, Dr. Pecou specifically references the “7 African Powers” a concept that refers to the seven primary Orishas (deities) in the Ifa pantheon. Ifa is an indigenous spiritual cosmology originating in West Africa. Pecou draws parallels between contemporary Black expressions to these West African deities through the use of color, pose, and costume. Pecou attempts to redirect us away from viewing Black people as solely as victims of trauma and suffering by revealing the deeper legacy of Black identity. Pecou looks beyond the imposition of a politics of respectability, which in many ways insists that Black bodies adopt and adhere to white social constructs. Pecou’s “trap-bodies” become sites of resistance and inherent power in their own right by transforming these often misinterpreted bodies into expressions of beauty, pride, and majesty.