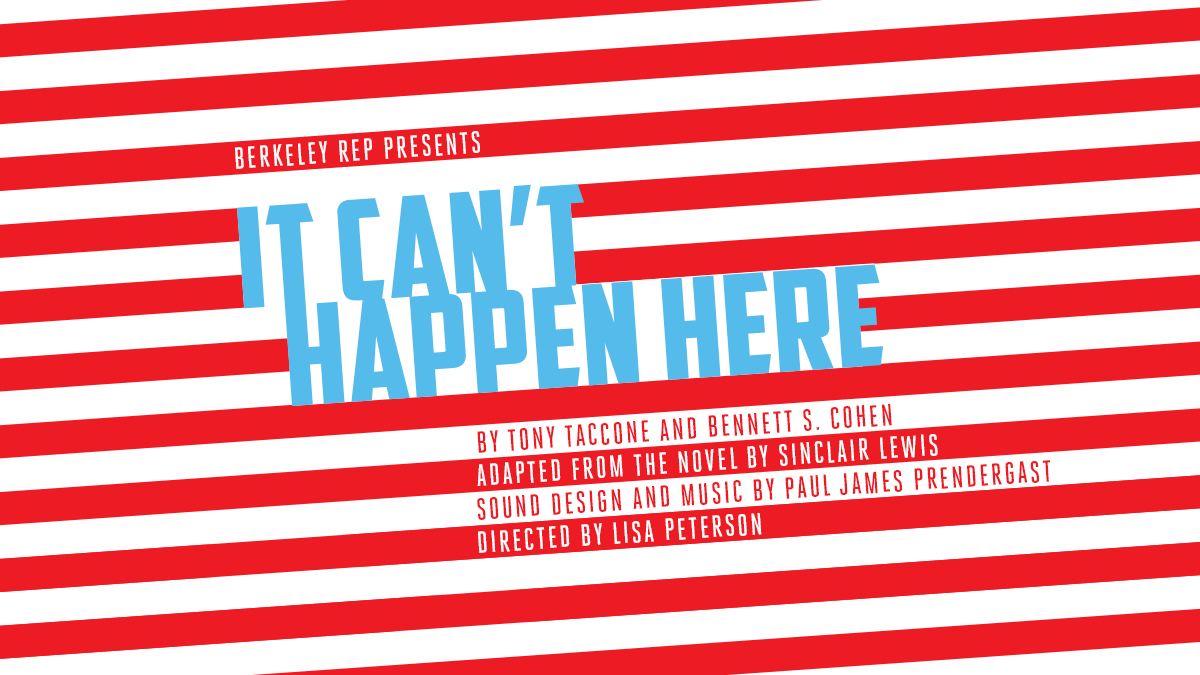 Written in 1935 during the rise of fascism in Europe, Lewis’ darkly satirical It Can’t Happen Here follows the ascent of a demagogue who becomes president of the United States by promising to return the country to greatness. In 2016, Berkeley Rep unveiled a new stage adaptation of Lewis’ prescient novel, one week after that production ended, the presidential election roiled our nation. Now, Berkeley Rep reprises that production with the same director, but this time as a radio play in four episodes, just in time for the 2020 presidential election. We’re delighted to welcome back much of the original cast including David Kelly as the candidate Buzz Windrip, and to have Academy Award nominee David Strathairn join us as the liberal protagonist Doremus Jessup.

The audio drama is being offered free across the country. Berkeley Rep intends for the project to encourage dialogue and motivate citizens to exercise their civic power and vote.

The production debuts on Tuesday, October 13 at 5pm PT/6pm MT/7pm CT/8pm ET via YouTube. A live Q&A session with the creative team will take place following the broadcast at 7:15pm PT/8:15pm MT/9:15pm CT/10:15pm ET. The production will be available on demand through November 8.

Frame of Mind: The Best Of Fort Worth Indie Film Showcase

Watch These 10 Shorts About The Pandemic And Beyond