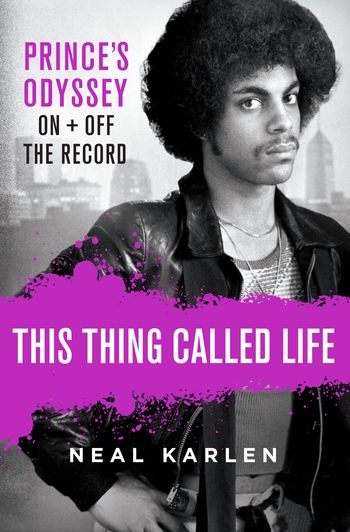 As the only journalist Prince granted in-depth press interviews to early on for Rolling Stone, friend and later collaborator Neal Karlen has written a long-anticipated biography of the musician, This Thing Called Life: Prince’s Odyssey, On and Off the Record.

Going back to Prince Rogers Nelson’s roots, especially his contradictory, often tortured relationship with his father, This Thing Called Life profoundly changes what we know about Prince, and explains him as no biography has: a superstar who calls in the middle of the night to talk, who loved The Wire, who frequented libraries and jammed spontaneously for local crowds, and who was lonely but craved being alone.

In partnership with The Black Academy of Arts and Letters, Inc.