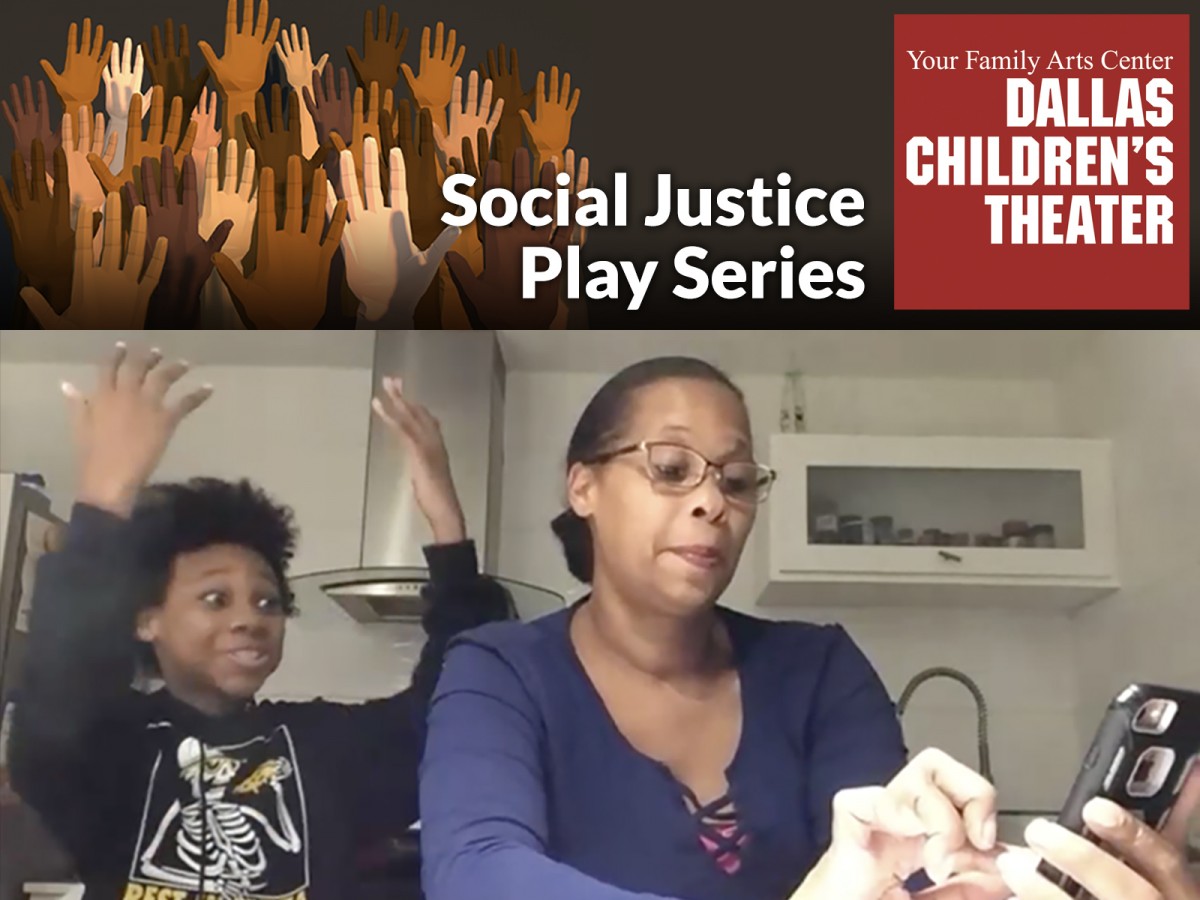 Short plays plus talkbacks are great resources for families   ​​

Dallas Children’s Theater (DCT) continues its commitment to using the power of theater to spark important conversation about race by producing a series of short plays byi award-winning playwright, poet, and change maker Idris Goodwin. These three short shows, dubbed the ‘Social Justice Play Series,’ will be available completely free of charge at dct.org/ social justice/digital over the course of the next three months.  The first play, WATER GUN SONG, will be available starting September 25. Two talkbacks will be a part of each release.  In THE WATER GUN SONG (recommended for ages 6 and up), a mother tries to find the words to explain to her child why a water gun isn’t simply a toy. Local artist Jamal Gibran Sterling has been tapped to direct actress Guinea Bennett-Price and her son in the project.  Bennett-Price is excited to work with both Sterling and her son.  She says, “I am grateful for the opportunity to work with two of my favorite actors on THE WATER GUN SONG for DCT. Jamal Sterling is one of the best scene partners I've ever been onstage with. As a director, he is equally as generous and thoughtful. My son, Esau, and Jamal have shared the stage before as well and the mutual respect they have for each other is marvelous to witness.”

As the mother of two African-American boys, Bennett-Price can also relate intimately to the story. She says, “The case of Tamir Rice struck me deeply at the time because my oldest son, Emir Price was the same age with too similar a name to ignore. My boys are both gentle spirits with loving hearts, but from a distance, how does anyone know that? To many, they are a threat just because they exist and any excuse for gunning them down could be used to deny them justice. This play gets that message across without overstating the obvious. I love its treatment of a simple moment that actually means the world.”

​Dallas Children’s Theater reached out to local actress Denise Lee to produce this series and lead the talkbacks.  While Lee has previously acted in shows at DCT, it was her creation of the movement, Change the Perception, after the 2016 Dallas police shootings that made her an ideal choice for this project.  Lee says, “As the founder of Change the Perception, I am very honored to identify the talented directors to present these plays and just as importantly, I am excited to be conducting the talkbacks for this very special project along with Change the Perception Board President, Thomas Collier. Conversations about racism are very difficult, but so very necessary to have in today's climate.  We hope that parents and their children will use these experiences to begin a dialogue about racism that fosters a belief system that they will be able to build on well after the talkbacks are over.”

Recommended for ages 6 and up