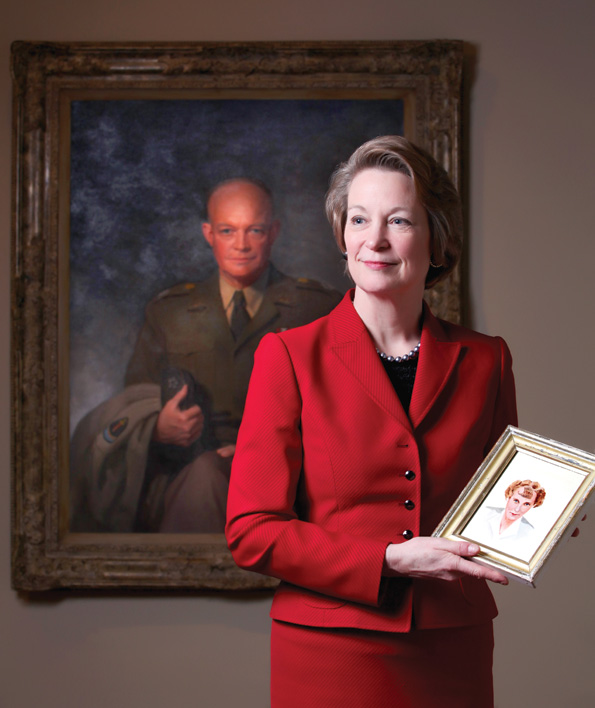 Susan Eisenhower, granddaughter of President Dwight Eisenhower, will discuss her latest book How Ike Led at 7:00 p.m. Thursday, September 24, at https://allentx.swagit.com/live/  Questions can be submitted to Ms. Eisenhower until 8:30 p.m., Sept. 24, at [email protected].

A five-star general and 34th president of the United States, Dwight Eisenhower was born in nearby Denison, Texas. He was affectionately known as the first Texan to become a president.

Few people have made decisions as momentous as Eisenhower, nor has one person had to make such a varied range of them.  From D-Day to the integration of Little Rock’s public schools, from the Korean War to Cold War crises, from the Red Scare to the Missile Gap controversies, Ike was able to give America eight years of relative peace and prosperity by relying on a core set of principles.

While numerous biographies have been written about Dwight Eisenhower, this book offers an insightful analysis of Ike’s decision-making abilities and leadership skills.   An engaging writer, Susan’s presentation is highly recommended for all who are interested in American history and the decision-making process.

How Ike Led shows us not just what a great American did, but why—and the lessons that can be garnered from his exemplary leadership.

“A well-written reflection on one of the most significant American presidents.  The compelling substance of How Ike Led is enhanced by the author’s sensitive style.  It brings America’s most remarkable public figures into lasting focus.”   —Henry A. Kissinger, U.S. Secretary of State 1973–1977

Seen Any Good Movies Lately? Dallas VideoFest Wants To Talk Film With You