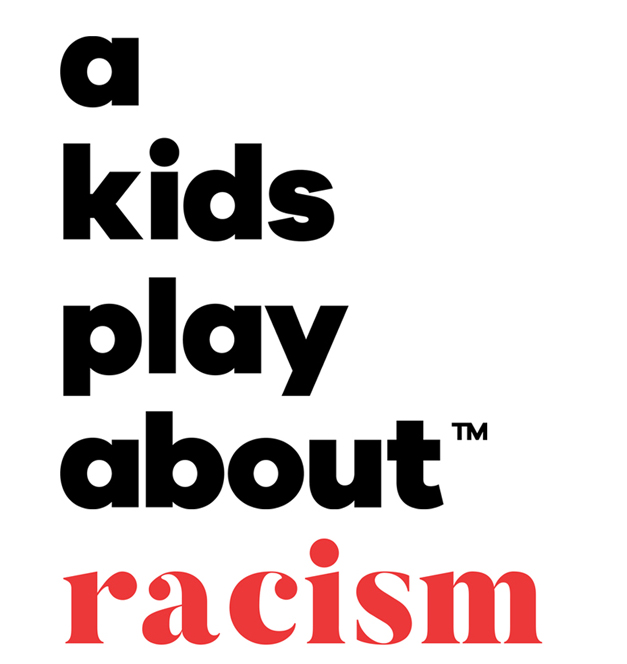 THE VIRTUAL PREMIERE OF A KIDS PLAY ABOUT RACISM

DCT actor Isaiah Christopher-Lord Harris(BEAUTY AND THE BEAST, DIARY OF A WORM, A SPIDER AND A FLIY) is a member of the national cast and local partners invite the public to be a part of a post-show talkback event

DALLAS, TX (July 28, 2020)– Dallas Children’s Theater joins a groundbreaking collaboration of 37 Theatres for Young Audiences(TYA) across the United States, led by the lead producing team of Bay Area Children’s Theatre, Seattle Children’s Theatre, and Alliance Theatre in Atlanta.  The collaborative will present the virtual premiere of A KIDS PLAY ABOUT RACISM, a theatrical adaptation of Jelani Memory’s A Kids Book About Racism. Premiering free August 1 and 2 on the streaming platform Broadway On Demand, the new work is adapted and directed by award-winning director and TYA artist Khalia Davis and will be brought to life by an entirely Black and BIPOC cast and creative team from across the United States. The 30-minute production will be free to everyone but a Broadway On Demand account is required. Interested persons can create their account now at  https://www.broadwayondemand.com/signup.

A KIDS PLAY ABOUT RACISM will utilize theatre to offer young children and families a way to engage in meaningful conversation about race. As part of the production, educational materials developed by Seattle Children’s Theatre in collaboration with the Northwest African American Museum will extend the experience and enhance age-appropriate engagement. All 37 partnering theatres are members of Theatre for Young Audiences USA (TYA/USA), the national organization representing the field of theatre for children and family audiences.

“I jumped at the opportunity to adapt Jelani Memory's book A Kids Book About Racism into a theatrical piece for young audiences simply because it meant we were recognizing the importance of including children in these difficult conversations,” shared lead artist Khalia Davis. “This show embraces the full spectrum of emotional response children may have as they navigate comprehending racism and how it may affect them."

“When  I wrote A Kids Book About Racism, I wrote it from my own kids. I never could have imagined it would have spread so far and wide to thousands of kids all over the world, or turned into a nationwide theatrical event.  I am excited to see what Khalia and these other amazing artists create,” offered Jelani Memory, whose book provides the inspiration for the production. A Kids Book about Racism is part of Memory’s children’s book publishing company A Kids Book About, which offers titles on a range of big topics to explore including feminism, belonging, gratitude, cancer, and many more.

DCT actor, Isaiah Christopher-Lord Harris (Panic), is very excited to be a part of this national production! Recent/Favorite credits include DCT’s national tour: (Worm) Diary of a Worm, a Spider, and a Fly. Regional credits include: Frank-N-Friend and Jack Frost (Casa Mañana), Beauty and The Beast (DCT), Priscilla Queen of The Desert and Aida (Uptown Players), and Mickey's Most Merriest Celebration (Disney World). He also recently got cast in his first Short film 33 RPM.

According to Harris, “A KIDS PLAY ABOUT RACISM addresses a conversation that needs to be had and it not only needs to be had with adults, but it needs to be had with kids. We have to have that conversation with an open heart because that’s the only real way we’re going to be able to listen to each other. I want to bring up conversation and questions. I want there to be a dialogue because kids witness a lot, they hear a lot, they think about a lot more than we think. To be able to have a conversation with their parent and truly understand what’s going on is very special. That way when a child is in an environment where racism is happening, they can be able to point it out and say ‘Hey, that’s not right. You’re not supposed to do that. Just because that person is different doesn’t mean they’re wrong.’”

The scale and breadth of this co-production has been made possible in part through the network cultivated by TYA/USA, which connects organizations and artists across the country focused on theatre for young people and families. Through the last few months, TYA/USA has offered a range of programming to provide deep connections and resource sharing in response to COVID-19. Through this network, TYA theatres across the country have been able to come together to find ways to support each other and their audiences through new and innovative collaboration models.

A KIDS PLAY ABOUT RACISM will be streaming for free on Broadway On Demand on August 1 and 2 along with accompanying interviews and educational videos.

On Friday, August 7 at Noon, Dallas Children’s Theater in partnership with Texas Instruments and Capital One will present a virtual Lunch & Learn Talkback Event.  Author Jelani Memory and Play Adaptor and Director, Khalia Davis will be featured speakers along with national culture competence expert, Anthony Peterson.  To learn more about the speakers and link to the event, go to dct.org/akidsplay.

About Broadway On Demand: Broadway On Demand is the premiere streaming service offering an extensive and wide-ranging library of video on demand content, exclusive livestream events, interactive platforms, and educational resources.  It is designed as a virtual performing arts complex offering not only Broadway shows and movie musicals but also, individual artists, concert series, performance venues, and theatres around the world. Additionally, using a unique licensing interface, approved middle school, high school, and college productions will have the opportunity to be streamed to a global audience.  Broadway On Demand fulfills Broadway’s long-held promise of being the ‘longest street in the world’.