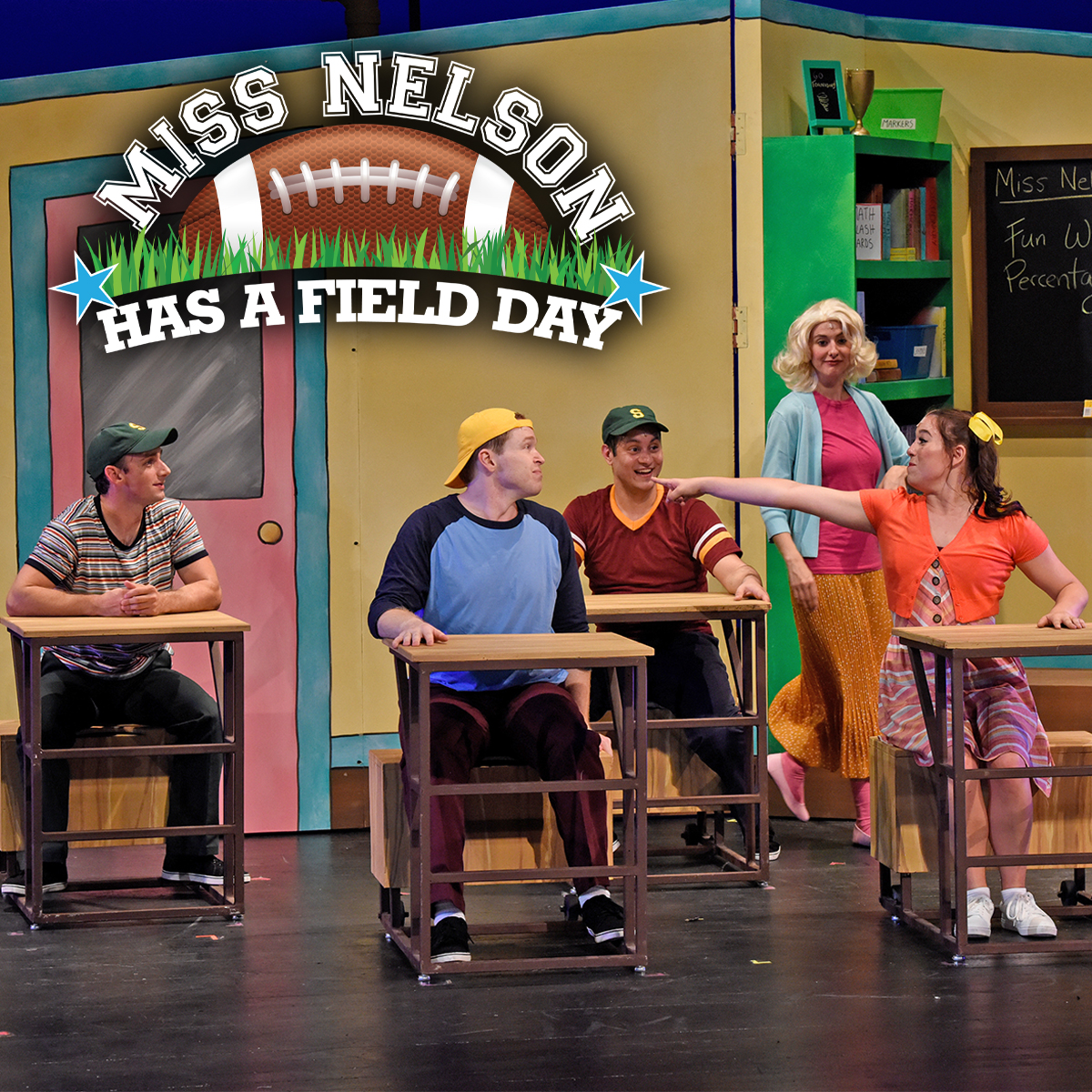 Quarantine is certainly taking its toll on live theaters with its limits on public gatherings, but many are using the time to connect with audiences in new and different ways.  That is certainly the case for Dallas Children’s Theater (DCT).  This week, DCT is proud to present its first fully virtual production – MISS NELSON HAS A FIELD DAY. This delightful show was DCT’s National Touring Production before it was pulled from the road in mid March due to COVID-19. MISS NELSON HAS A FIELD DAY is ready to go on an entirely new tour, virtually, into the living room of families everywhere.

This high-definition virtual performance was shot on multiple cameras in DCT’s own Baker Theater in the Rosewood Center for the Performing Arts. Families may rent a performance for $10 from now until August 1st. Avid Miss Nelson fans might want to upgrade to the $25 package which includes an opportunity to Zoom with Playwright Joan B. Cushing who also wrote the musicals: MISS NELSON IS MISSING, JUNIE B. JONES & A LITTLE MONKEY BUSINESS, and DIARY OF A WORM, A SPIDER, & A FLY, which performed at DCT just last summer.  Former Board President, Sharron Hunt, will also share with families how she influenced the name Super Bowl and cast members will be online as well.  The live Zoom event will be on Thursday, July 30 at 7PM.

And there is even more! If a patron chooses to upgrade to the $50 package, they will receive an invite to the special Zoom session, a personalized video wake-up call from their choice of four characters (Coach, Viola Swamp, Miss Nelson or the Cheerleader.  Package buyers will also be entered in a drawing to receive a stuffed football, book or other great items.

To access the stream, families should go to dct.org/nelson/digital, and select the package they desire. They will be guided through the login process and then plan to watch the show one time over the next three days.  The play will be available for purchase between now and August 16

In MISS NELSON HAS A FIELD DAY, families watch the journey of the Horace B. Smedley Tornadoes, the worst football team in the world, as they attempt to focus long enough to score a single point. When their coach can’t motivate them, Miss Nelson, the school’s favorite teacher, is forced to call in a trusted, yet feared, reinforcement in this zany musical spectacular. Watch as the bold and intimidating Coach Viola Swamp whips the Tornadoes into shape just in time for the big rivalry game!

In a time where both sports and theater are challenged to find their footing – enjoy a silly story about perseverance!

MISS NELSON HAS A FIELD DAY

Based on the book by Harry Allard and James Marshall

Recommended for ages 5 and up