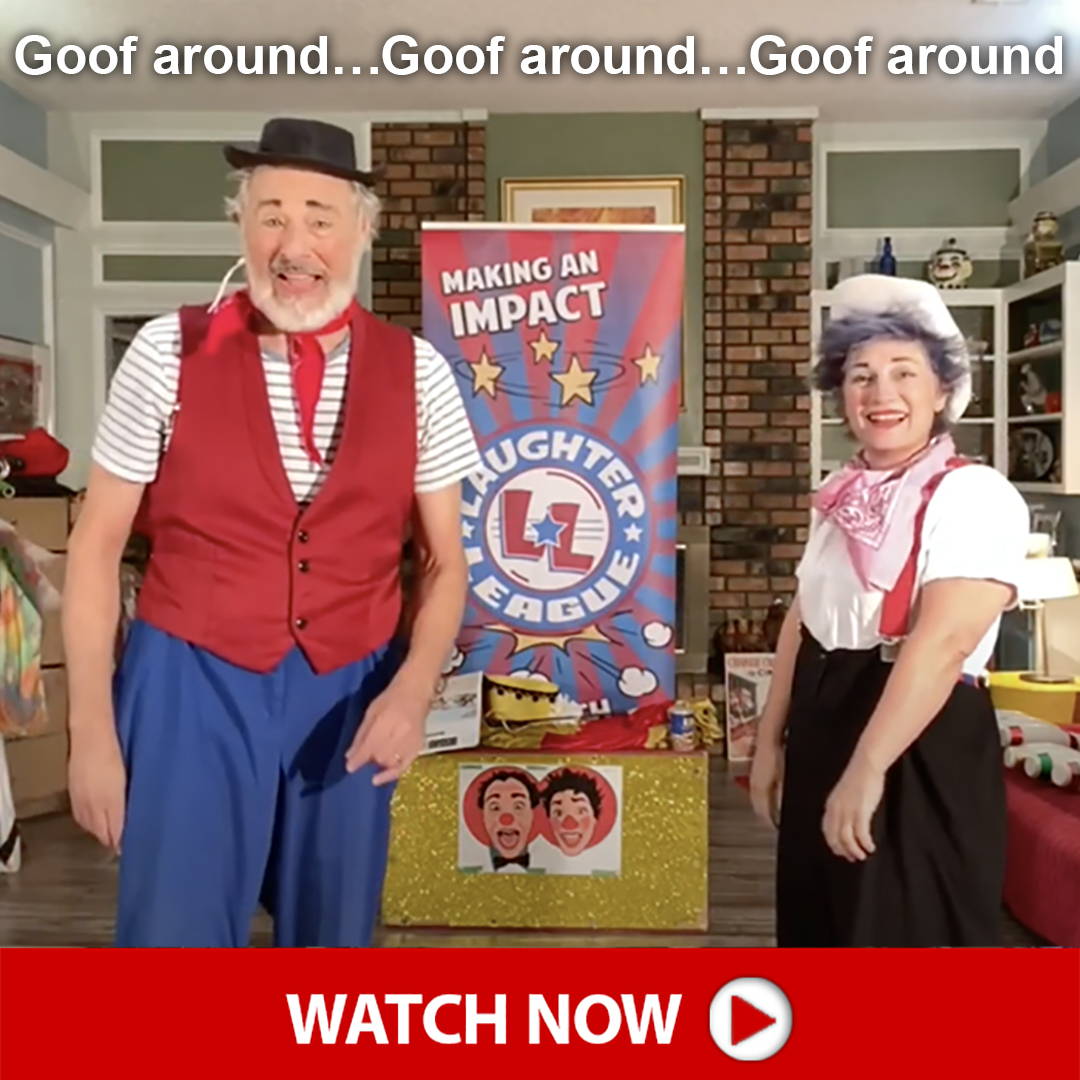 Slappy and Monday at DCT 3

Got that stuck inside "blah" feeling? Slappy and Monday have the cure! DCT's sweetest and funniest clowns are aback with a new video, with music, cowboys, and whip tricks!
The physical space of Dallas Children’s Theater (DCT) at Rosewood Center for Family Arts might be shut down for the time being, but that doesn’t mean we can’t have clownish fun virtually! DCT has had the pleasure of hosting clown artists Slappy and Monday (or as they are known in more formal circles: Tiffany Riley & Dick Monday) in the lobby before almost every sensory-friendly performances for several years now. Riley and Monday are the co-founders of Laughter League, a non-profit often focused on spreading laughter in places that need it most. They’ve acquired quite a fan following amongst those attending these important judgement-free performances, where patrons are free to come and go as they need, access quiet rooms if necessary, and know that loud noises and flashing lights won’t be a concern. DCT recently shared some of Slappy and Monday’s quarantined antics with sensory sensitive audience members. Here is just an example of the almost giddy response from patrons: “Aaron LOVES Slappy and Monday!” said mother Pamela Christel in an e-mail; she and her son Aaron have been regular attendees to DCT’s sensory-performances. “He was so excited when the video started playing, watched it play entirely without distraction, and interacted with the video as if he were there in person on the sensory day pre-show...even pointing at Monday's tie and laughing hysterically at the "cookie monster" and hat jokes. He has also asked me to figure out how to make the big bubble, lol. We both needed this laugh right now.” In times like this, it is important for everyone to have the chance to laugh, and share laughs. DCT’s team is sharing age-appropriate, pre-recorded plays from colleagues across the country and other tips and videos that can help parents during this shelter-in-place time.