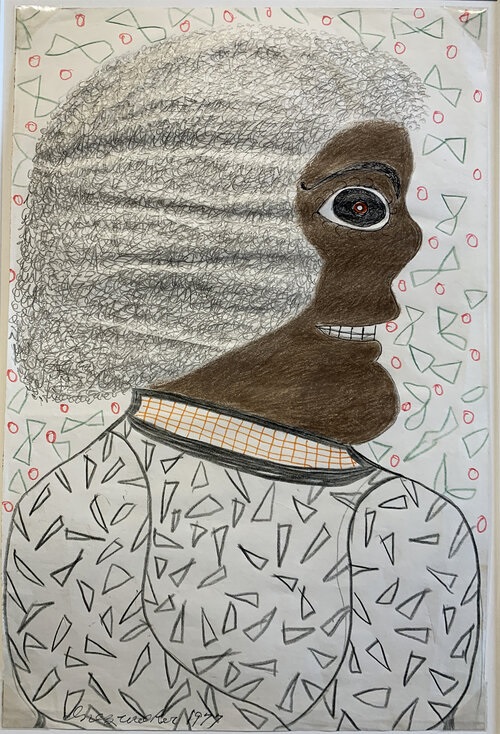 SIGHT-SOUNDS are small rotating exhibits paired with a playlist here at Webb Gallery. This series is a series of drawings on paper by Inez Nathaniel Walker called Fancy People.

Inez was born in 1911 in South Carolina. Early adulthood had her fleeing the fields and brought her to Philadelphia and later to Port Byron, New York, where she ended up in the Bedford Hills Correctional Prison from 1971-1973 for killing to get out of an abusive situation.

It was in the prison where Inez began to draw these portraits. They were mainly women, with an occasion man. She said she drew the portraits to stay away from the bad girls.

She continued drawing after being released but sadly spent her last years institutionalized and passed in 1990.

But you only need to see these portraits to understand the joy they brought her.