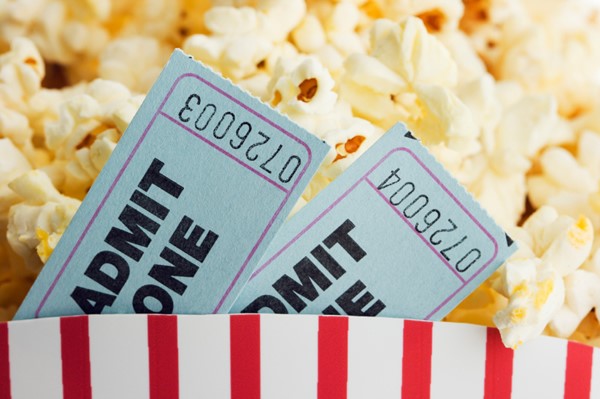 Wednesday, June 10
ENCHANTED (2007) PG, 107 minutes
Starring: Amy Adams, Susan Sarandon & James Marsden
Directed by Kevin Lima
A young maiden in a land called Andalasia, who is prepared to be wed, is sent away to New York City by an evil queen, where she falls in love with a lawyer.

Tuesday, June 16
THE JUNGLE BOOK (1967) G, 78 minutes
Voices of Phil Harris, Sebastian Cabot & Louis Prima
Directed by Wolfgang Reitherman
Bagheera the Panther and Baloo the Bear have a difficult time trying to convince a boy to leave the jungle for human civilization.

Wednesday, June 17
THE SANDLOT (1993) PG, 101 minutes
Starring: Tom Guiry, Mike Vitar & Art LaFleur
Directed by David Mickey Evans
In the summer of 1962, a new kid in town is taken under the wing of a young baseball prodigy and his rowdy team, resulting in many adventures.

Tuesday, June 23
THE SWAN PRINCESS (1994) G, 90 minutes
Voice of Jack Palance, Howard McGillin & Michelle Nicastro
Directed by Richard Rich
A power-hungry sorcerer curses a princess to live as a swan by day in this tale of everlasting love.

Wednesday, June 24
ELLA ENCHANTED (2004) PG, 96 minutes
Starring: Anne Hathaway, Hugh Dancy & Cary Elwes
Directed by Tommy O’Haver
Ella is under a spell to be constantly obedient, a fact she must hide from her new step-family in order to protect the prince of the land, her friend for whom she's falling.

Tuesday, June 30
THE SECRET GARDEN (1993) G, 101 minutes
Starring: Kate Maberly, Maggie Smith & Haydon Prowse
Directed by Agnieszka Holland
A young, recently-orphaned girl is sent to England after living in India all her life. Once there, she begins to explore her new, seemingly-isolated surroundings and its secrets.

Wednesday, July 1
THE PAGEMASTER (1994) G, 80 minutes
Starring: Macaulay Culkin, Christopher Lloyd & Kanin Howell
Directed by Pixote Hunt
A cowardly boy enters a library to escape a storm only to be transformed into an animated illustration by the Pagemaster. He has to work through obstacles from classic books to return to real life.

Wednesday, July 8
PINOCCHIO (1940) G, 88 minutes
Voices of Dickie Jones, Christian Run & Mel Blanc
Directed by Norman Ferguson
A living puppet, with the help of a cricket as his conscience, must prove himself worthy to become a real boy.

Wednesday, July 15
STARDUST (2007) PG-13, 127 minutes
Starring: Charlie Cox, Claire Danes & Michelle Pfeiffer
Directed by Matthew Vaughn
In a countryside town bordering on a magical land, a young man makes a promise to his beloved that he'll retrieve a fallen star by venturing into the magical realm.

A soon to be divorced Beverly Hills socialite is determined to prove to her husband and herself that she can finish what she starts out to do, by becoming a den mother to a troop of Beverly Hills Girl Scouts.

Wednesday, July 29
FINDING NEMO (2003) G, 100 minutes
Voices of Albert Brooks, Ellen DeGeneres & Alexander Gould
Directed by Andrew Stanton
After his son is captured in the Great Barrier Reef and taken to Sydney, a timid clownfish sets out on a journey to bring him home.

Tuesday, August 4
SWORD AND THE STONE (1963) G, 79 minutes
Voices of Rickie Sorensen, Sebastian Cabot & Karl Swenson
Directed by Wolfgang Reitherman
A poor boy named Arthur learns the power of love, kindness, knowledge and bravery with the help of a wizard called Merlin in the path to become one of the most beloved kings in English history.

Wednesday, August 5
RICHIE RICH (1994) PG, 95 minutes
Starring: Macaulay Culkin, Edward Herrman & John Larroquette
Directed by Donald Petrie
A rich young boy finds his family targeted in an inside job and must use his cunning to save them.