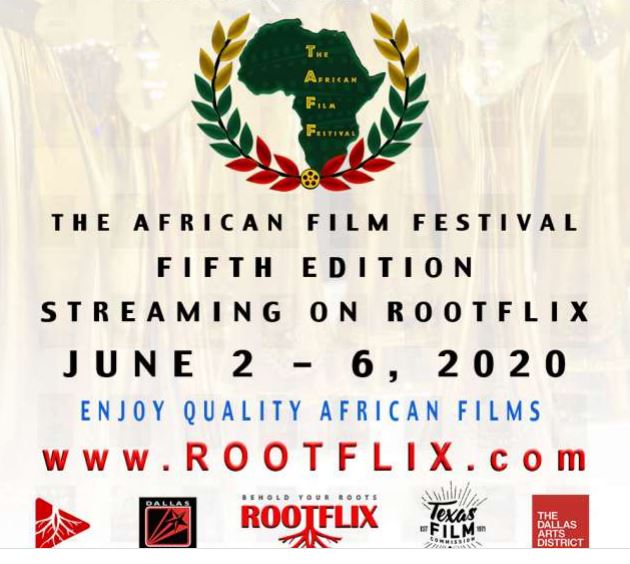 The African Film Festival (TAFF) created to showcase African independent films will continue its tradition by hosting the 2020 edition of its annual film exhibition. This fifth edition will be hosted online due to the current unforeseen pandemic. The 4-day festival will kick off on Tuesday, June 2nd through Saturday, June 6th with film screenings, online workshops and training sessions, and TAFF Awards ceremony. TAFF will showcase one of a kind African independent films that either promote African culture; address issues affecting Africa; or explore African landmarks and historic leaders. This annual festival strives to “Bridge cultures through films” by inviting a diverse audience to celebrate some of the best films from and about the African continent. This year’s festival attendees will have the privilege of watching the festival selections in the comfort of their own homes, as well as, on demand. The film portal ROOTFLIX will showcase the selected films and the awards ceremony. Currently, trailers of the selected films and full featured films from previous festivals can be viewed on www.rootflix.com. Through ROOTFLIX, enjoy quality, culturally rich narratives, documentaries, animations, series, and special events.

For more info, visit http://www.theafricanfilmfestival.org/. The virtual event will take place on https://www.rootflix.com/ .