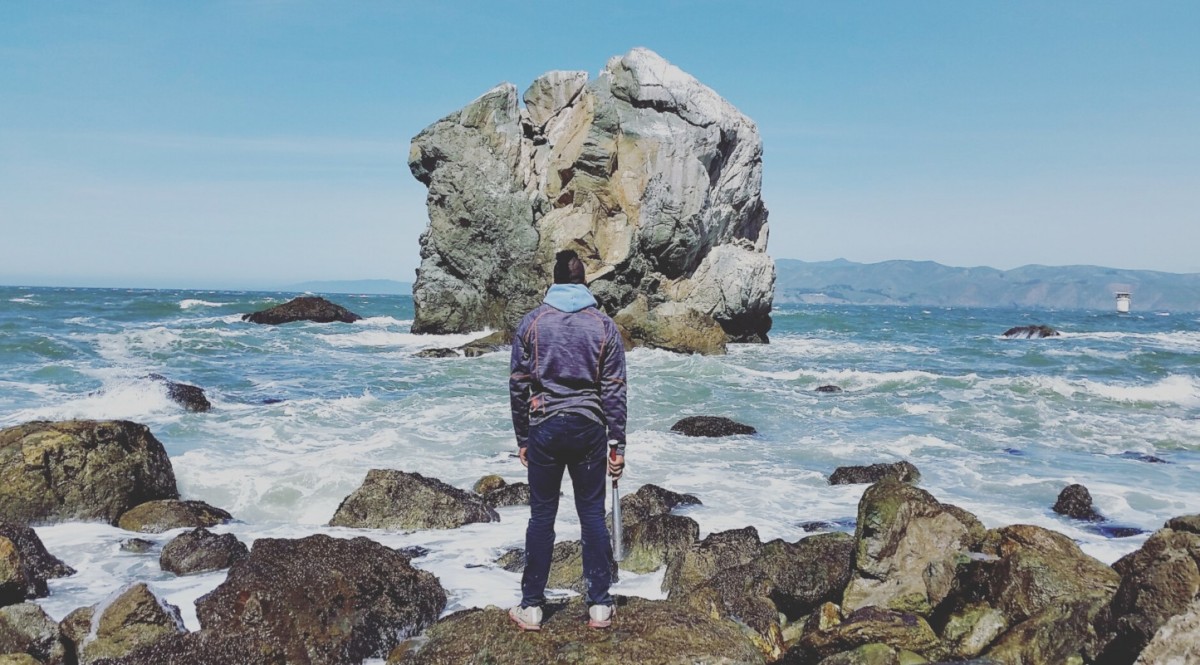 Sisyphus and the Myth of the New World

CYDONIA is pleased to announce Sisyphus and the Myth of the New World, a solo exhibition by Xxavier Edward Carter. CYDONIA will host a virtual exhibition that will launch at 3 pm on Thursday, May 21. A Uber Conference reception will be hosted from 6 to 8 p.m. The virtual exhibition runs from May 21 – July 26, 2020.

The exhibition will present video work, photo documentation, sounds works, and performance artifacts, as an homage to the greek character Camus famously coined as the ‘absurd hero’. Carter finds this Sisyphean fate akin to the role of the artist who is tasked to make meaning from a world indifferent to his existence.

The endurance work is part of Carter’s ongoing project, ALTAR, where the artist explores spiritual rites of passage and procession as a cultural space for psychological and physical tests. The performative actions derived from these situations act as ancillary gestures towards redefining contemporary cultural positions after the second wave of post-colonial thought. Carter meditates on futility, suffering, and hope as concurrent conditions that underlie this particular rite of passage.

Photographs of the performance site bring dimension to the artist’s reflections on the “New World” landscape as both a spiritual and violent site. While Carter stages what can easily be recognized as a sublime motif, he brings forth the complexity of this motif contextualized in a place and body rife with colonial history. The “New World” becomes the arena for a Sisyphean struggle between the monolithic ideas of western humanism and postcolonial critique.

Sisyphus’s boulder is reinterpreted as baseball-sized stones to be struck towards a rocky reef visible solely during the low tide. The stones struck, missed, or even unused in the performance are seen as the individual thoughts one possesses. The scattering of stones are not unlike the circulation of thoughts which can propagate in incremental, and yet chaotic ways. Carter’s ideas for a better humanity are not concerned with reaching a static ideal, but examines cultural shifts as an ongoing, evolutionary process akin to geologic formations. While it is easy to distinguish seismic shifts, Carter notes how change occurs through slower and less detectible processes.

Can the ‘Sublime’, the ‘Absurd’, and Postcolonial inquiry coexist in a democratic way? Are these poles of thinking destined to contest each other in perpetuity? Carter poses these poles of thinking in contest without a promise of escape or closure from these modalities. The endurance driven performance synthesizes this struggle as an indefinite one. The duration of the performance only ceases when Carter’s bat breaks. What is left of the broken bat functions as a surrogate for the artist. Mounted as a torch, the triumphant and scarred bat implies the inevitable suffering with any such action undertaken. Triumph is found in the process of perpetuation and potential in individual action itself. Performative gesture becomes a mode to articulate a position of agonism for the individual, the artist, and culture.

Xxavier Edward Carter is an interdisciplinary artist born in Dallas, Texas with a BFA from Stanford University and an MFA from Southern Methodist University. Carter has exhibited throughout Vietnam, South Korea, Spain, Mexico and France. In 2011, he was awarded Arch and Anne Giles Kimbrough Fund from the Dallas Museum of Art and participated in Yellow Submarine No. 2 residency. Carter was a Fellow for the 2016-17 Yerba Buena Center for the Arts project inquiry Can We Design Freedom?. In 2019 Carter was awarded post-graduate Dijon/Dallas exchange fellowship. Most recent exhibitions include Mot +++ Performance Plus in Vietnam, Tuez-Les Tous (Kill Them All), and FRAC Bourgogne Boucon & Carter in Dijon France.

The Modern Reopens In Fort Worth