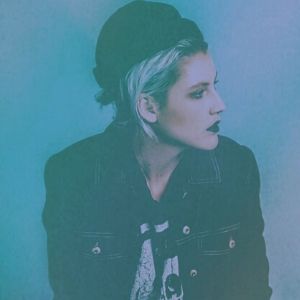 Lewisville’s MCL Grand Theater continues its 2020 Texas Tunes Series on Saturday, August 15, 2020 at 8pm, with critically acclaimed singer-songwriter Sarah Jaffe performing in her inimitable and compelling emotional style at the MCL Grand (100 N. Charles, Lewisville, TX). Tickets range $20-$30 ($15 for Lewisville residents) and can be purchased by visiting www.MCLGrand.com or calling 972-219-8446.

Sarah Jaffe started recording and releasing music when she was just 22 years old. The Texas native, born in Denton, has since launched a creatively rich career as both a songwriter and a recording artist. She’s not only released four critically acclaimed studio albums, she scored and contributed original music to the award winning independent film Never Goin’ Back, she co-wrote and sang on a Grammy award winning track for Eminem’s The Marshall Mathers LP 2 album and contributed her eerily haunting vocal to the Disney/Pixar short The Blue Umbrella scored by Jon Brion.

As a recording artist in her own right, Jaffe has earned accolades from the likes of NPR, New York Times, Vogue, Interview, SPIN, USA Today, ELLE, Noisey, Nylon, Billboard, Marie Claire and more, graced the cover of the Dallas Observer twice and made her Late Night TV Debut on Jimmy Kimmel Live!

Sarah Jaffe has toured the US extensively both on her own and supporting artists such as Cyndi Lauper, The Polyphonic Spree, Astronautalis, Norah Jones, and Patty Griffin and this past fall she completed her second solo tour of Europe. She’s also graced the stages of numerous festivals including Made In America in Philly and SummerFest in Milwaukee and even joined Weezer at The Edge 102.1 FM concert in Dallas to perform their hit song “Go Away.”