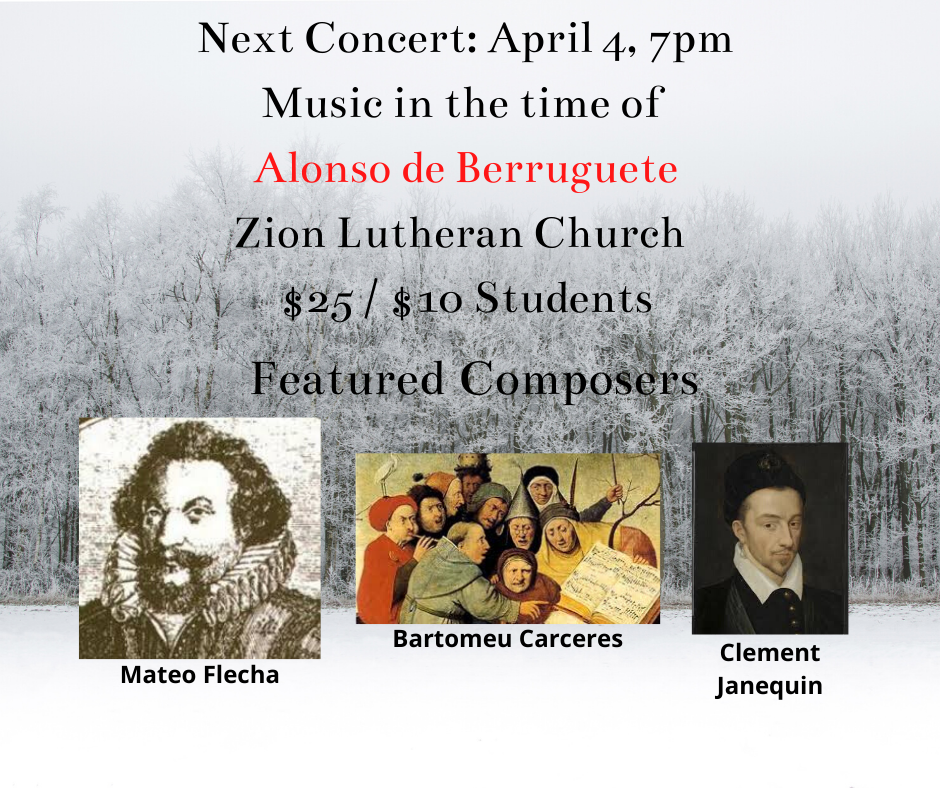 The Orchestra of New Spain (ONS) will present  Music in the time of Alonso de Berruguete on Saturday, April 4 at 7pm at Zion Lutheran Church, 6121 E. Lovers Lane at Skillman. Tickets are $25/$10 (with student ID) and available through ticketdfw.com.

The 100 years, between 1450 and 1550 were an enriched period of music in Spain due to Carlos V, whose reign extended across Europe from Spain and the Netherlands to Austria and the Kingdom of Naples.  Before being crowned King of Spain in 1516, he was the Lord of the Netherlands, bringing with him the musical influences of the Renaissance Low Countries, the Burgundians. Taking inspiration from the Meadows Museum’s exhibit on Alonso de Berruguete, the artist Carlo V appointed court painter and sculptor, ONS will feature composers whose work flourished during this era:  Mateo Flecha (the younger); Bartomeu Carceres; Clément Janequin; and the earlier ground-breaking mass setting by Guillaume de Machault.